Worldwide, the pandemic has caused the consumption of TV series on digital platforms to increase by 27%. According to the consulting firm McKinsey, as many as 64% of our compatriots have increased the use of online streaming platforms and 8?gan to do so for the first time in the months of the lockdown. In the United States, it is above all Millennials and Gen Z who have increased the time in front of the screen, also thanks to the lockdown and remote teaching. From miniseries to great prestige drama, the television season this year was full of news and reconfirmations. 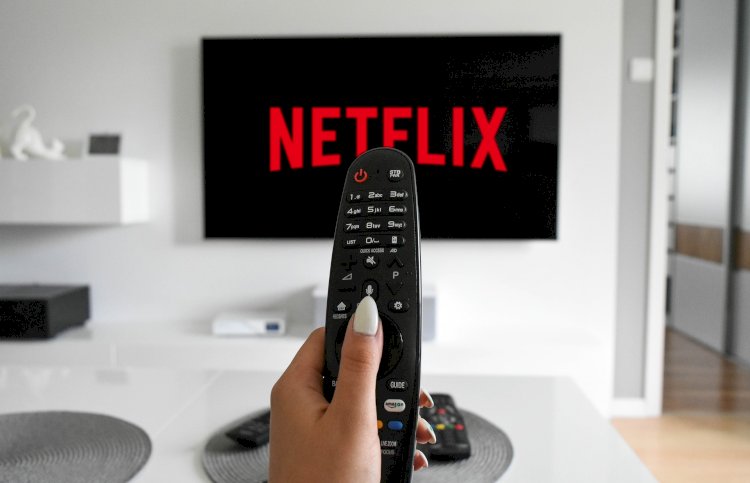 These are the ten best series released in Italy this year.

Perhaps one of the most successful titles of 2020, the four-part miniseries produced by Netflix investigates and observes from within the ultra-Orthodox Jewish community, whose social dynamics are defined by secular boundaries. Made with a very high cinematic quality, from the direction to the costumes, to the interpretation by 24-year-old Shira Haas, Unorthodox is the exciting story of a redemption, of the relationship between oneself and others, and of what we are willing to sacrifice to find our freedom.

Now in its third season, Ozark has officially surpassed all other crime series ever produced. In addition to the perfect direction and the excellent interpretations of the protagonists, the series is based on the complex female characters of Wendy, played by Laura Linney, and Ruth, brought to the screen by Julia Garner, who won two Emmys for best actress for this role. not protagonist. Instead of feeding the good / evil dichotomy according to the American stereotype, Ozark shows how the two extremes are not always distinct, but entities that mix and alternate in their own experience, between personal and public.

Became the most viewed miniseries ever on Netflix in less than a month, The Chess Queen is the show that we will remember as the most representative of 2020: the life of Beth Harmon, a child prodigy who wins the most important tournaments one after the other. of chess in the world, is a story of hope and redemption - even for women - which seems to have affected everyone in the difficult period of the pandemic. Everything is accompanied in a perfect setting: from the symmetrical photography, to the cold colors that recall the imagery of the historical period in which it is set, up to the refined costumes. The series will also be remembered as a costume phenomenon destined to leave its mark: since its broadcast, the sales of chessboards have in fact increased dramatically all over the world.

Set in the America of the seventies, the miniseries starring Cate Blanchett tells the contrasted process and divisions within the feminist movement for - and against - the approval of the Equal Rights Amendment, the amendment to the United States Constitution to ensure gender equity. Each of the episodes explores the contradictions and ambitions of influential personalities - from the ultra-conservative Phyllis Schlafly to Betty Friedan, author of The Mysticism of Femininity, from the icon Gloria Steinem to the pragmatic Bella Abzug - and shows how feminism is not a monolith, but a movement within which different currents exist. With a sharp and engaging writing, with a direction capable of transmitting the slightest inner movement through the smallest gesture, Mrs. America is a high quality television product useful for analyzing today's battles.

The fourth season of The Crown consecrates the prestige drama that traces the events of the English crown as one of the most beautiful series in the Netflix catalog, also thanks to the story of one of the most discussed events in the recent history of the monarchy: the marriage of Charles to Diana Spencer. Although series author Peter Morgan has been accused of twisting the story a little too much to his liking, this season stands out for her portrayals of Olivia Coleman as Queen Elizabeth and Gillian Anderson as Margaret Thatcher and for the perfect reconstruction of the details of costumes and environments.

Based on the novel of the same name by Sally Rooney, the series Bbc Normal People is the perfect story of the life of Millennials, who grew up in the shadow of the 2008 crisis. Precariousness which is not only economic and working, but also emotional. Although both beautiful and intelligent, the two protagonists cannot help hating themselves, constantly projecting what others think of them as a maximum yardstick.

The second season of the series based on the cult comic of the Northern Irish screenwriter Garth Ennis is confirmed as one of the flagship titles of the Amazon streaming platform. Desecrating and iconoclastic, The Boys transforms the infallible American superheroes into human characters full of flaws and uses them to highlight some important aspects of society, such as the manipulation of news and the interference of multinationals in politics. The deeper development of the protagonists and the incredible interpretation of Aya Cash as Stormfront makes it an even more magnetic season than the first.

With the second season, the series set in the Star Wars universe reconfirms itself as one of the most beautiful sci-fi products of recent years. The showrunner Jon Favreau has in fact succeeded in the difficult task of creating an original story without falling into a predictable nostalgia effect, but rather, he has recovered a key theme of the saga - the father-son relationship - declining it in a way so far unheard of in the universe of Star Wars. While developing on a wider narrative arc, each episode takes the viewer into the heart of an ever-changing adventure for Mando and for the Child, with a structure that refers to the science fiction TV series of the past.

Based on the best-seller of the same name by Celeste Ng and strongly desired by Reese Witherspoon, who is also its executive producer , Little Fires Everywhere tells the contrast between a cheerful bourgeois white family, crossed by racist prejudices so absorbed by their own culture that they are not not even aware, and a couple of black women. With a captivating and reflective writing, capable of not immediately playing its best cards, the series mixes references to the 90s that are far from obvious to explore the complex theme of femininity and tell about motherhood, social justice and class struggle.

Created by Ryan Murphy and Ian Brennon, Hollywood rewrites the history of the film industry’s Golden Age by including all the subjectivities that have been excluded from it. The two creators started from real stories, such as that of Rock Hudson - an actor who for years hid his homosexuality - to tell another possible, without however neglecting what really characterized the golden age of cinema: the dynamics of power, especially those related to sex and its value as a bargaining chip, the rules of the game of success, compromises and privileges in a purely white and male industry.