The former mayor's campaign is fighting for second place and isn't challenging Bernie Sanders' runaway win in the state. 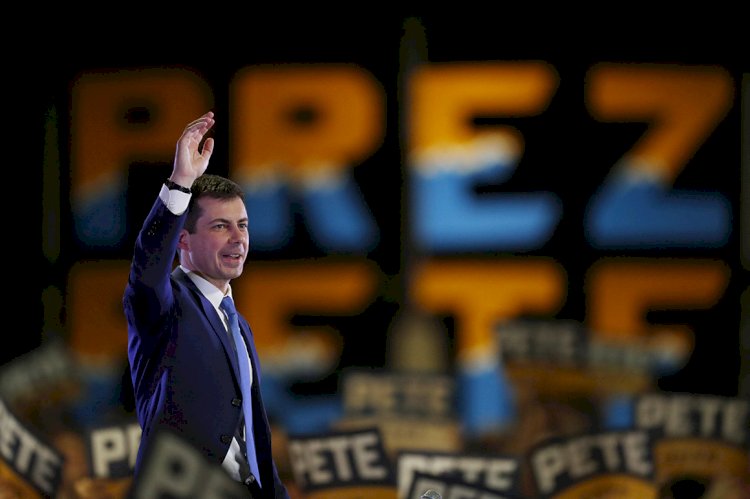 Pete Buttigieg’s campaign is claiming there are inconsistencies in the reported results in Nevada, as the former South Bend, Ind., mayor tries to claw his way to second place in Saturday's caucuses.

In a letter sent to Nevada Democratic Party Chairman William McCurdy II and obtained by POLITICO, Buttigieg’s campaign is calling for the state party to publicly release a tranche of data and recalculate some precincts, a call the state party largely rebuffed.

“In light of material irregularities pertaining to the process of integrating early votes into the in-person precinct caucus results, we request that you” release early and in-person votes, correct “errors identified by presidential campaigns” and “explain anomalies in the data,” Buttigieg’s national ballot access and delegate director Michael Gaffney wrote in the letter sent late Saturday.

Buttigieg's campaign is not challenging Bernie Sanders’ runaway win in the state. Instead, the Buttigieg camp is pointing to the battle further down the standings.

“Given how close the race is between second and third place, we ask that you take these steps before releasing any final data,” Gaffney wrote.

As of Sunday morning, the state Democratic Party had reported results from roughly 60 percent of precincts. Sanders has a wide margin in the county delegate race, with 46 percent. Joe Biden is at 19.6 percent, while Buttigieg is at 15.3 percent. Elizabeth Warren is the last candidate in double-digits, sitting at 10.1 percent.

Molly Forgey, a spokesperson for the Nevada Democratic Party, told POLITICO on Sunday afternoon that the party has responded to the Buttigieg campaign.

"We are continuing to verify and to report results," Forgey said in a statement.

"We never indicated we would release a separate breakdown of early vote and in-person attendees by precinct and will not change our reporting process now. As laid out in our recount guidance, there is a formal method for requesting a challenge of results."

The letter was first reported by The Nevada Independent.

Anecdotal reporting from Nevada found that some voters and precinct volunteers were confused by how early voting was incorporated into results in individual precincts, particularly when it came to realignment. This was the first year early voting was allowed in the Nevada caucuses, and many voters participated. The state party said earlier in the week that just under 75,000 people voted early, which nearly matched the 84,000 total caucusgoers for the 2016 contest.

The complaints in Nevada follow process complaints from the still-unresolved Iowa caucuses. In Iowa, the margin between first and second place is significantly smaller, leaving the race without a declared winner nearly three weeks later.

In Iowa, Buttigieg has an incredibly narrow lead over Sanders in the state delegate equivalent count, which is comparable to county delegates in Nevada. Buttigieg’s lead is about four-thousandths of a percent over Sanders, with both campaigns requesting a targeted recount in the state.

The recount in Iowa is expected to start Tuesday.

Cracking the Code: The Pros and Cons of QR Codes

How to Setting up an ironing service Unique Ideas