Can a Sole Founder Build a Profitable Startup?

In recent times, when people have looked at fresh founded startups, they would see that the majority of them have more than one founder. Indeed, it seems incredibly common for two or more individuals to put their talents and minds together to create the next big thing which will take their respective industry by storm. 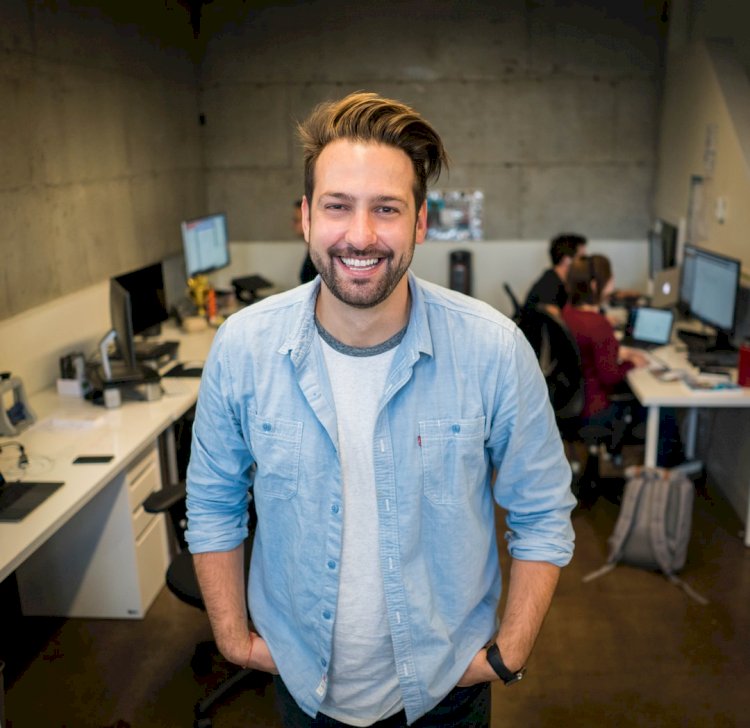 Despite the impression that we get from this, there are still a number of brave entrepreneurs who set up on their own, without any outside assistance and they try to conquer their industry with nothing but their own minds and an idea. Further to this, there are a number of startups where the founder is the only person attached to that business, no staff, no co-founders.

In this article, we are going to be exploring some of the facts and figures behind these companies’, how successful they are and some great examples of successful startups that only have one founder.

How Common are Sole Founder Businesses?

There are many reasons why an entrepreneur may decide to set up a business on their own, without adding another co-founder into the mix.

When it comes to receiving funding from investors, the sole-founder will have more equity to freely distribute whilst still keeping a sizable amount for themselves, the sole-founder won’t have to deal with the politics and potential arguments that another founder could bring and they get to keep full control of their operations, just to name a few.

So, the question is, are sole founder businesses really that common? The answer to that question very much depends on where you are looking and the answer can vary massively. According to the GEM 2018–2019 Global Report, the numbers of entrepreneurs who have decided to strike it out on their own can be viewed and analyzed.

Below are the figures for sole-founded startups in a number of countries across Europe, North America, South America, and the Middle East and Africa

The Middle East and Africa

These numbers make it clear that sole founders are not that common in startups worldwide, however, there is some disparity between different regions. The Middle East, Africa and South America all had the highest average rates of solo-entrepreneurship, with North America not too far behind. Interestingly, sole founders are incredibly uncommon in Europe, with a large number of the listed countries coming in under 10% (Global Entrepreneurship Monitor Adult Population Survey, 2018, p.31).

There could be a number of reasons for this, such as a difference in working culture amongst certain countries’, a lack or surplus of skilled individuals to partner with, or the availability of certain technologies that may eliminate the requirement for a co-founder and so on.

So, in answering the question, just how common are solely founded businesses?

We can use the figures from GEM’s report. From the 49 countries listed, we can understand that the worldwide rate of solo entrepreneurship sits at around 12.73%.

The working is as follows — Percentage of All 49 Countries Added Together ÷ 49.

How Successful are Sole Founder Businesses?

Photo by Ian Stauffer on Unsplash

This is another commonly asked question, although it is normally phrased as “Do I need a co-founder to be successful?”, or “Can solely founded businesses succeed?”. To answer this question, we are going to analyze some of the data that has been collected by Techcrunch, which itself has been curated from Crunchbase.

With the businesses that reached over $10 Million in funding, the results shown were incredibly interesting. In total, slightly less than half of the businesses managed to reach this level of success with only one founder at 45.9%. The number of startups that managed to reach this level of success actually decreased for each additional founder that was thrown into the mix, with two founders yielding 31.9%, three yielding 15%, four yielding 5.3% and five or more only managing to yield a measly 1.9%. Within that sample group, the average number of founders per startup sat at 1.85.

Interestingly, in the sample group relating to company exits, the results showed even more favor towards solely founded companies’. Of the 6,191 companies that achieved an exit, over half of them only had one founder at 52.3%, with two founders the number sat at 30.1%, three yielded 12.5%, four yielded 3.7% and five or more only managed to yield 1.4%. Within this group, the average number of founders was slightly lower at 1.72 per startup.

This research generates some interesting results. It suggests that despite all of the claims by a large number of media outlets that you “need a co-founder to be successful” may actually be massively incorrect and over-exaggerated. Now, that’s not to say that having a co-founder is a bad thing, it can be incredibly helpful to have another person come in who can help take a lot of the pressure from you. What we would say is, whilst it is recommended that you try and get a co-founder so that you can get more done through a division of labor, working alone on your startup isn’t going to necessarily stop you from receiving funding from investors or making an exit through an IPO or M&A.

Sole Founder Businesses With No Employees

When an entrepreneur creates a startup, even if they don’t have a co-founder to help take the load off, they normally recruit staff for their team who can help to handle the operations of the business so they can spend their time on the tasks more suited for a company founder. Despite this commonality, it’s not always the case and there are a startling number of startup founders that don’t even have any team members surrounding them.

If we go back and take a look at the previously mentioned report by GEM, they also explore the number of businesses that were solely founded that do not have any employees and also have no plans to recruit in the near future. As you may expect, there are not a large number of startups that operate this way, however, there are a few statistical anomalies that are surprising.

Brazil has the highest number of startups that are solely founded, with no employees, standing at a total of 8%, the next highest percentile country on that list was Madagascar at 6%, with the rest of Africa and the Middle East all coming in below 5%. As should be expected, the number of startups with no co-founders or employees for the rest of the countries’ featured on the GEM report all come in at below 5% of the businesses that they surveyed.

From this, we have found that despite the small number of startups that operate with a sole individual, out of every 100 businesses, there are still going to be a few that are “one-man-bands’”, looking to take over their industry with their own mind and their dream.

There are numerous ways in which solely founding a business can affect the operations of the startup, these can be either positive or negative.

Firstly, if an entrepreneur decides to start a business without any intention of employing anyone or having a co-founder, the owner of that business will not have to worry about financing additional overheads. For example, the founder has to utilize a team of five people, paying each of them $2000 per month, that is an additional $10,000 that the business will have to generate each month to ensure that every member of the team is paid. Without having this financial burden, the founder of the startup can operate without the stress of having to pay their team and they can operate at their own pace, only having to worry about generating enough revenue to pay the bills and their salary.

Secondly, if the founder hasn’t employed anyone and doesn’t have a co-founder, they will not need to worry about office politics. What is meant by this, is that if a co-founder is involved in the operation, the founders may not always be able to come to an agreement on massive decisions that will affect the direction of the business. This can be avoided by working alone and it can help the sole-founder to keep the startup operating on their playbook, without worrying about any confrontations which could impact the operational efficiency of the startup.

Alternatively, without a team or a co-founder to divide company responsibilities with, the founder will have to handle every aspect of the business on their own. This can be incredibly difficult for some people to manage, as the neverending list of tasks around every business aspect can cause people to burn out. Then, if the founder wants to avoid the failure of the company due to their stress, they will have to create a team who can help take away some of the tasks of the business. Even if they manage to do this, it can sometimes be too late for a badly affected startup.

Without the support of a team, it can be quite hard for a sole-founder to effectively scale their business and continue to increase their profit margins. This is simply for the reason that one person can only do so much work, because of this the amount of revenue that the business will be able to do will be limited, leading to an inability to scale further than the capabilities of that individual.

Despite some of the obstacles faced by solo entrepreneurs, there have still been a number of huge success stories that embody entrepreneurial grit and spirit.

For instance, most people have heard of Tumblr. The social media giant was originally founded in 2007 by David Karp. Since then the company’s popularity and value have exploded, this culminated in an eventual acquisition by Yahoo! in June 2013, to the value of $1.1 Billion. It has also been reported on their website that as of the 15th of March, 2019, Tumblr plays host to 461.1 Million different blogs and it was also reported that as of January, 2016, the platform had achieved 555 Million monthly visitors to the site. For a company that was originally founded by only one person, just before the financial crisis of 2008, Karp has done incredibly well to get the company to where it is today. In fact, he remained the company’s CEO until November 2017.

Another great example of a successful business that was solely founded can be seen in FireEye. The cyber-security firm was founded in 2004 by Ashar Aziz and now has services that allow for the investigation of cyber-attacks, the provision of cyber-security applications and the analysis of risks relating to IT. Aziz operated as the company’s CEO from its inception, to December 2012 when he promptly stepped down and was replaced by the previous CEO of McAfee, David Dewalt. Since Aziz started the business, they have gone from strength, having gone public through an IPO late in 2013, managing to raise a total of $300 Million. Then, in 2014, they initiated another offering round and then managed to raise $1.1 Billion.

From these examples, we can see that it is entirely possible for a single entrepreneur to craft a successful empire, without the assistance of a co-founder. It may take more hard work and grind than it would if there were a co-founder involved, however, if you succeed, you will reap incredible rewards, that wouldn’t have to be divided as heavily. There aren’t many solely-founded startups in the business world, however, figures show that they have the ability to be just as successful as co-founded startups.

How to Setting up an ironing service Unique Ideas