Greg Whiteley, the director of the breakout Netflix docuseries, says he regrets that his "true feelings for them as people didn’t come out in three dimensions in our telling of their story." 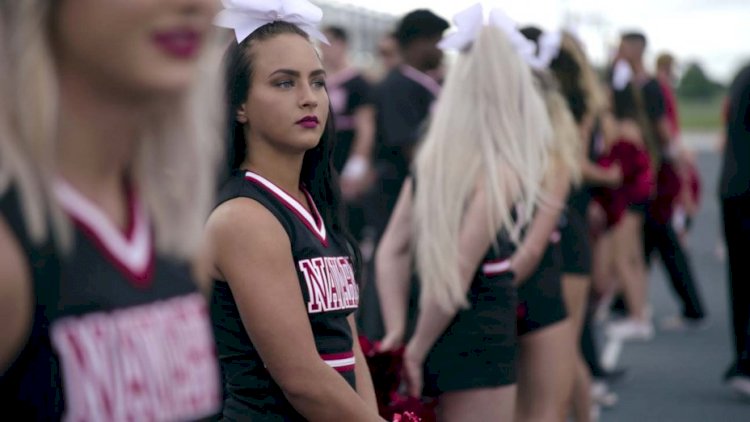 Cheer filmmaker Greg Whiteley has one big regret about his breakout Netflix series, and it's that he wishes he'd been a bit nicer to Gabi Butler's parents.

"I owe them an apology," he told Kim Masters when she broached the subject on KCRW's The Business. "I think that there is a way that I have made movies in the past where a main subject or somebody I’m following around will say or do something that either makes them look silly or conniving, and I don’t shy away from showing that stuff — but what I try and do is spend enough time with them that I could give a greater context to who they really are. So then instead of just dismissing them, you watch, go, 'Well, am I kind of like that? I might be kind of like that [so] I shouldn’t judge this person that harshly.' I feel like that’s the way, as a storyteller, I can have my cake and eat it, too."

Whiteley, who is also behind Last Chance U, went on to explain that he regrets not taking a more nuanced approach. "It’s a very cheap way to move a story forward. If you can find somebody to root against, that means it’s a shortcut — almost invariably — to creating empathy for your protagonist, who you want your audience to root for," said Whiteley. "I think there’s a better way. I think even villains become more interesting when you understand why they do what they do."

In the six-part docuseries — which followed several cheerleaders at Navarro College in Corsicana, Texas, on their way to the National Cheerleaders Association Championship in Daytona Beach, Florida — Gabi's parents are seen bickering in front of the camera, pressuring their daughter to post on social media and telling her she should eat jackfruit instead of an egg so that she doesn't have to eat as often. After the show's January debut, the couple received swift and widespread backlash online, and Gabi then had to answer question after question about her parents' behavior.

Whiteley acknowledged that while he thinks Gabi's parents are "crazy," he also liked them and "truly enjoyed their company" while filming. "What I regret the most is my true feelings for them as people didn’t come out in three dimensions in our telling of their story," he added. "I don’t know how I would have done it differently because six hours seems like a long time but it’s not...they got a fair amount of time — but they were largely used to help move Gabi's story forward."

When asked if Gabi's parents were mad at him, Whiteley said he thinks they are. "I’ve had enough conversations with them since it’s come out," he revealed. In fact, the director called them immediately after he started seeing the criticisms about them online to see if they were all right. "I think what they would argue, and I think they’d be right, is, 'Hey, we let you into our home. You filmed a whole dinner. You saw how much love Gabi has for us and how much we have for her,'" said Whiteley. "His argument was, 'People are accusing me of using my daughter [and] living off my daughter’s income. I have a very successful business [and] I haven’t taken one dime of my daughter’s.'"

While Whiteley hasn't confirmed that's definitely the case, he said he thinks Gabi's dad is telling the truth. "I didn’t go through the books, so I don’t know," he said. "But I believe him when he says he’s not taking his daughter’s money." Still, Whiteley understands viewers' criticism of the pair. "They are what they call 'sticky parents.' They’re very involved in Gabi’s life. They will micromanage this girl. But I’m not Gabi’s dad. I don’t know Gabi the way he would know her. I can easily sit back and judge," he noted. "What I think I could have done a better job as a storyteller is in fleshing out the other elements of them."

Among those elements, he explained, is that they're apparently incredibly generous. Whiteley said he knows for a fact that Gabi's dad has anonymously paid the tuition of other cheerleaders on the team who couldn’t afford it. "And he’s probably pretty mad at me that I wouldn’t include that detail," he noted. "The only reason is I just don’t know how to include it. I don’t know who he paid that tuition for. It was told to me by somebody else."

It's ultimately Whiteley's hope that everyone he filmed for Cheer would be open to having him back. "So far, that's been true, and I hope it's true for them," he said of Gabi's parents, revealing that he just got word that their daughter returned to Navarro in 2020. "Now I don’t know if we’re coming back but if we are,..." Whiteley teased. Netflix, for its part, has yet to announce a second season of the docuseries.

Company management, marketing and growth: Intuition versus Method. The...