The consumption of high quantities of caffeine, indicatively higher than 400 mg per day, can cause various side effects, linked both to the direct effects of the substance and to the dehydration that can ensue. 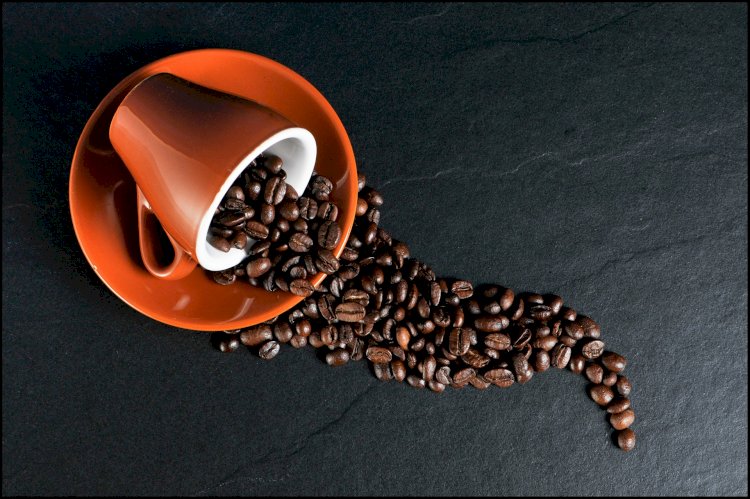 The caffeine is a stimulant that is found in various foods and beverages, as well as in some medicines for headaches (which require a prescription or not, for example Tachicaf and Saridon) respectively.

In nature it is found in the leaves, seeds and fruits of more than 60 plants, for this reason it is not uncommon to identify it also in some herbal extracts such as guarana and ginseng, as well as in tea , where it takes the name of theine despite being exactly the same molecule.

Caffeine has the main effect of making you more alert, acting directly as a stimulant on the central nervous system.

It is used for medical purposes (for example for the treatment of headaches ) and recreational purposes, to counteract the effects of tiredness and drowsiness .

Prolonged use over time can lead to tolerance, i.e. a reduction in its effectiveness at the same dose.

It is absorbed in the stomach and intestines and normally reaches its maximum concentration in the blood within 45-60 minutes of intake, and then remains in the circulation for a period of time ranging from 4 to 6 hours.

Caffeine also stimulates the production of stomach acids and, for this reason, it can sometimes cause nausea or stomach pain .

It also has a diuretic activity, that is, it favors the elimination of liquids from the body and can deplete the supplies of water and calcium , which is why the use of energy drinks in environments such as the disco, where you often sweat a lot, should be avoided ( even more so in association with alcohol).

It is eliminated after some metabolic changes through the urine.

The consumption of high quantities of caffeine, indicatively higher than 400 mg per day, can cause various side effects, linked both to the direct effects of the substance and to the dehydration that can ensue. They may appear:

I am trying to conceive. Is it true that caffeinated drinks like coffee decrease the chances of getting pregnant?

Is it a problem if the baby's father consumed a lot of coffee immediately before conception?

The effects of caffeine on sperm are not yet known with certainty, an old study found that caffeine could increase sperm motility (range of motion), while other work  suggests it could increase the risk of miscarriage. Again it seems reasonable to recommend limiting quantities.

The majority of experts agrees that moderation and common sense are fundamental regarding the caffeinated beverage consumption during pregnancy. By moderate consumption we mean an amount equal to about 200/300 mg / day, equal to 1-3 cups of coffee. In addition, pregnant women should drink a sufficient amount of water, which should not be replaced with caffeine-based drinks.

Even EFSA believes that "[a] n amount of caffeine up to 200 mg per day, from any source, consumed throughout the day, does not raise concerns for the health of the fetus."

The use of the substance could slightly increase the blood pressure and heart rate of the pregnant woman, as well as manifest a mild diuretic effect, but unless individual sensitivities (which may increase during pregnancy) moderate consumption is not considered a risk.

On the other hand, it is more difficult to understand if there is a relationship between caffeine and spontaneous abortion , which unfortunately is much more frequent than one thinks regardless of the cause. Most studies suggest that low or moderate caffeine consumption does not increase your risk. Some research has shown that there may be an increased risk of miscarriage or fetal death following high amounts (more than 200-300 mg / day), especially when combined with smoking or alcohol . or as a result of excessive use of caffeine (more than 800 mg / day).

In the human species, even high amounts of caffeine are not connected to a higher incidence of congenital diseases or malformations . However, caffeine is able to cross the placenta, so large amounts of caffeine are harmful to both the fetus and adults. Some studies state that children of women who consume more than 500 mg / day of caffeine are more likely to have a high heart rate and respiratory rate, suffer from tremors, and stay awake longer in the first few days of life.

On the other hand, it certainly seems a link with a low birth weight; a recent work  would even seem to estimate that for every 100 mg of caffeine taken daily in the first trimester there are on average newborns weighing 72 g less at birth; the study, although interesting, in any case suffers from various limitations (type observational and based on questionnaires, for example), not to mention that the decrease in weight is about 2% and therefore potentially linked to chance.

Caffeine passes into breast milk, but very little is known about its mechanism of action on the newborn, so it is necessary to moderate the consumption of caffeine during breastfeeding.

The Association of American Pediatricians recommends limiting its consumption, because irritability, nervousness and insomnia in the newborn have occasionally been reported.

Business Growth Too Fast? The problems are there