Her red and white gown is getting a lot of buzz. 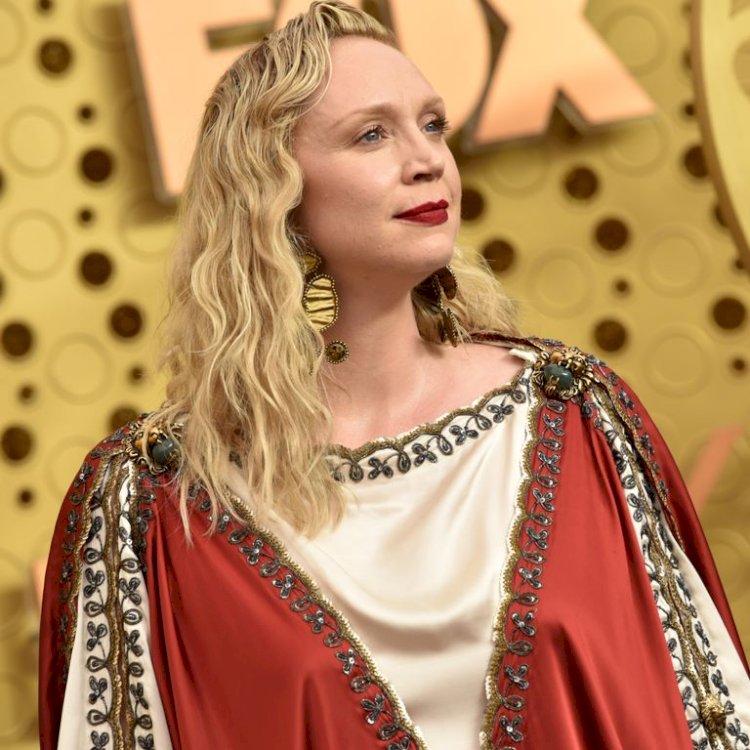 The Game of Thrones actress, who is nominated for outstanding supporting actress in a drama series for her work as Brienne of Tarth, stepped on the carpet in a red and white gown. 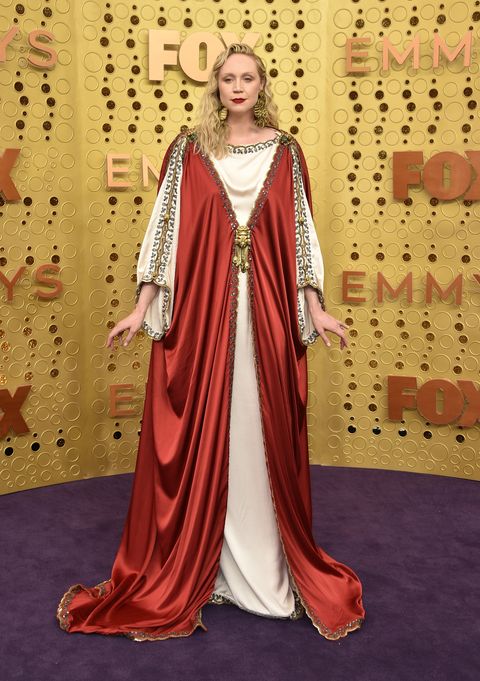 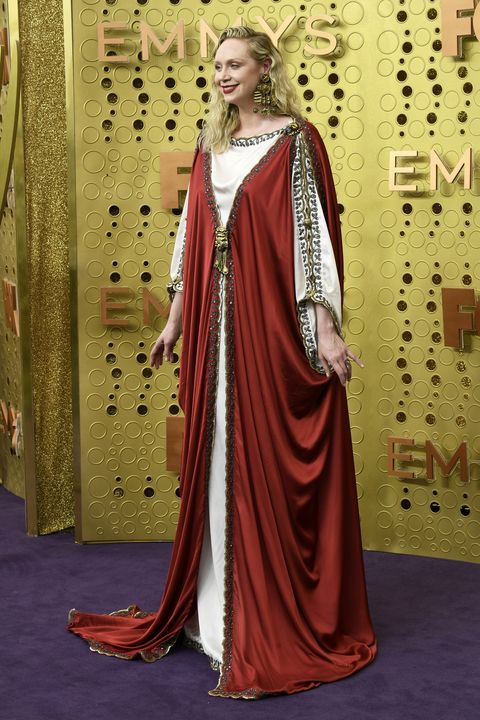 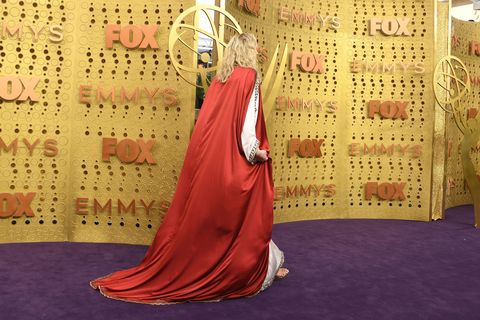 Christie submitted herself for her individual Emmy nomination this evening. She spoke to Deadline about the first person she talked to when she found out she was nominated: her co-star Nikolaj Coster-Waldau (Jaime Lannister in the show), who called her.

"He rang me, and he was with his family," she said. "They were all cheering down the phone. I said to him, 'I cannot, cannot, cannot believe it.' And he said, 'I can.' I was pretty certain he would be nominated, but I hadn’t told anyone that I’d submitted myself other than my partner and my team. But he was always really encouraging about nominations. I would say, 'You know, that’d be nice, but it’s not going to happen, and I’m not going to let myself be disappointed.' But Nikolaj was always encouraging."

"We’ve just worked so hard together for so many years," she continued. "We’ve both been really invested in our characters. Part of the pleasure of playing those scenes together was that we were really engaged, and we really wanted them to come to life. We just loved the story, and we both wanted to push each other to try and be better. It has been thrilling to play, and an incredibly satisfying relationship to have had. So mercurial, so undefinable. Brienne and Jaime just have this really captivating relationship."

Can a Sole Founder Build a Profitable Startup?

TikTokers Are Using Makeup to Turn Themselves Into Disney Villains' Imaginary...

Business Leadership: 3 Questions You Should Ask Yourself to Become a Successful...