Hollywood Reporter's Guide to the 2020 Oscars

What to know about this year's Academy Awards, airing live on ABC Sunday night. 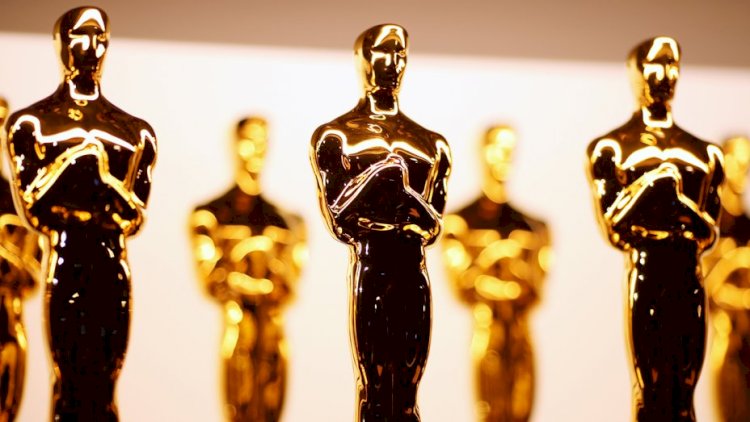 The 92nd annual Academy Awards will take place on Sunday, Feb. 9, at the Dolby Theatre at Hollywood & Highland Center in Los Angeles. Similar to the 2019 ceremony, the 2020 awards show will be hostless. Despite not having a host, the awards show will feature plenty of stars ready to honor the best in film from the past year.

Following the success of last year's ceremony, ABC Entertainment president Karey Burke announced that the network had decided to move forward with the ceremony without a host. "Let me confirm it now, together with the Academy, that there will be no traditional host this year," Burke said, stressing the ceremony would repeat what worked last year.

Last year's kudocast averaged nearly 30 million viewers, which was up a whopping 11.5 percent year-over-year, and a 7.7 rating among the all-important adults 18-49 demographic. The second statistic was up 13 percent from the year before.

The ceremony will be broadcast on ABC at 5 p.m. PT.

In addition to airing on TV, the ceremony will be available to live stream on ABC.com and the ABC app, which can be accessed by signing in with a participating TV provider.

Those living outside of the U.S. will also be able to watch the ceremony. The Academy announced that the Oscars will again be televised live in more than 225 countries and territories worldwide.

The nominees, presenters and guests will walk the red carpet before they make their way into the ceremony.

E! Live From the Red Carpet, hosted by Seacrest and Giuliana Rancic, meanwhile, kicks off at 2 p.m. PT and will feature interviews with the nominees and presenters.

While no one will host the show, plenty of stars will take the stage to present and perform throughout the night.

The performers behind this year's Oscar-nominated songs will also take the stage to perform the tunes.

Two-time nominee Cynthia Erivo will sing "Stand Up" from Harriet, which she co-wrote with Joshuah Brian Campbell.

Elton John will perform "(I'm Gonna) Love Me Again" from the film about his life, Rocketman, which he wrote with longtime collaborator Bernie Taupin, while Idina Menzel and Aurora will sing the Kristen Anderson-Lopez and Robert Lopez-composed "Into the Unknown" from Frozen 2.

Breakthrough star Chrissy Metz will sing the Diane Warren-written song "I'm Standing With You" from that film. Meanwhile, Randy Newman will perform "I Can't Let You Throw Yourself Away" from Toy Story 4.

Joker will compete against 1917, Ford v Ferrari, Jojo Rabbit, Little Women, The Irishman, Marriage Story, Once Upon a Time in Hollywood and Parasite for best picture.

The Irishman, 1917 and Once Upon a Time in Hollywood each earned 10 noms apiece, while Jojo Rabbit, Little Women, Marriage Story and Parasite are each up for six awards.

In total, 10 people received double nominations from the Academy of Motion Picture Arts and Sciences this year.

Erivo's double nominations take her one step closer to becoming an EGOT winner. If Erivo wins one of the categories, she would become the 16th person to win an Emmy, Grammy, Oscar and Tony Award. Additionally, Erivo would be the youngest EGOT winner ever and have accomplished the feat the fastest.

The double nods also make Erivo the third person to earn Oscar nominations for acting and for best song in the same year. Mary J. Blige was recognized at the 90th Academy Awards in the best supporting actress and best original song categories for Mudbound, while Lady Gaga was up for best actress and best original song for A Star Is Born in 2018. She won the latter category.

Erivo was notably the only person of color nominated in an acting category for the 2020 Oscars.

Meanwhile, double-EGOT winner Robert Lopez also earned a nomination in the best original song category for co-writing "Into the Unknown" with Kristen Anderson-Lopez for Frozen 2.

Scarlett Johansson is up for best actress for her role in Marriage Story, while she's also nominated for best supporting actress for her work in Jojo Rabbit. She is the first person to score a double acting nominations in 13 years, following Cate Blanchett's nominations for best actress and best supporting actress in Elizabeth: The Golden Age and I'm Not There in 2007. Johansson's double nominations let her join an elite 11-person club of actors who have achieved such a feat.

Four out of the five best director nominees — Bong Joon Ho (Parasite), Sam Mendes (1917), Phillips (Joker) and Quentin Tarantino (Once Upon a Time in Hollywood) — are triple nominees this year, receiving nods for their screenplays, as well as their producing. The only director nominee not recognized for all three is Martin Scorsese (The Irishman), though he did nab a second mention for producing. Steven Zaillian, who penned The Irishman script, was nominated in the best adapted screenplay category.

Johansson and Erivo received their first nominations at the 2020 ceremony. Other first-time acting nominees include Antonio Banderas (Pain and Glory), Jonathan Pryce (The Two Popes) and Florence Pugh (Little Women). Additionally, Bong is a first-time nominee for his work on Parasite.

While many deserving films and the talent behind them were honored with nominations, a number of films and performances experts expected to be recognized were snubbed.

Potential first-time nominees Jennifer Lopez and Beyoncé were both left out of the 2020 nominations. Lopez was shut out of the best supporting actress category for her critically acclaimed role in Hustlers, while Beyoncé was denied a best original song nod for The Lion King's "Spirit."

Despite failing to earn SAG Awards or Golden Globe nominations for acting, De Niro is nominated for best picture as one of The Irishman's producers.

Just Mercy's Jamie Foxx was a potential best supporting actor nominee, while The Farewell's Awkwafina was considered to be a likely best actress nominee. She won in the same category at the Golden Globes just days before the Oscar nominations were announced.

The Oscars also shut out Jordan Peele's Us after giving Get Out four nominations and a best original screenplay win. Us star Lupita Nyong'o was also considered a possible best actress nominee after she earned similar recognition from critics groups and a SAG Awards best actress nod.

Get Ready for Full Coverage