And this time, Huntington-Whiteley is at the helm as the brand's first official ambassador. 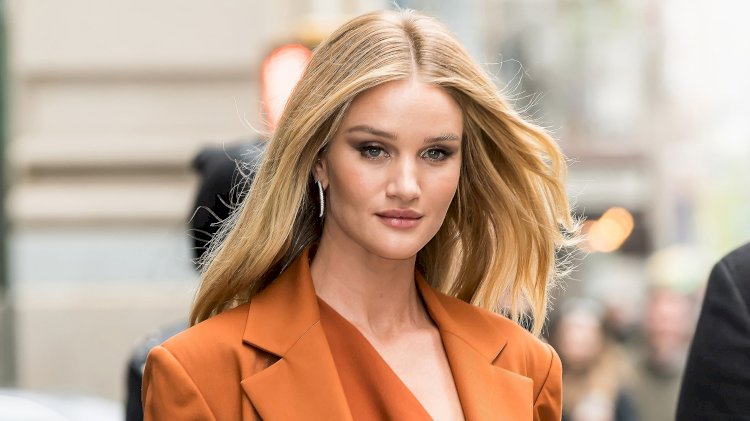 Cosmetics brands have an endless crop of celebrities available to sing praises about their products, but few are so lucky to have Rosie Huntington-Whiteley in their camp. The model-slash-actor sure as hell knows what she's talking about when it comes to makeup: She has her own cosmetics line (Rosie for Autograph Beauty), years of experience backstage and on red carpets, and an editorial site (Rose Inc.), where she reveals all her best-kept beauty secrets and favorite products. And if that isn't enough, it was announced that Huntington-Whiteley is the first official celebrity ambassador of Hourglass Cosmetics.

Huntington-Whiteley and Hourglass have launched a handful of new products, the first being the brand's latest take on concealer. Vanish Airbrush Concealer, a sister to the brand's highly rated Vanish Seamless Liquid Foundation, has a lightweight formula that melts into skin and prevents undereye puffiness with antioxidants including rosemary leaf extract, camellia leaf extract, and chamomile flower extract.

All 22 shades offer medium, buildable coverage and a finish that looks a lot like bare skin. Consider it the Goldilocks of concealers: not too heavy, not too light, not too matte, not too dewy. Just right.

Unsurprisingly, Huntington-Whiteley is already pretty attached. "I like my skin to look really hydrated and luminous," she tells Allure. "[The doe-foot applicator] makes it really easy to use. I just dab where I want some coverage and blend with a brush." 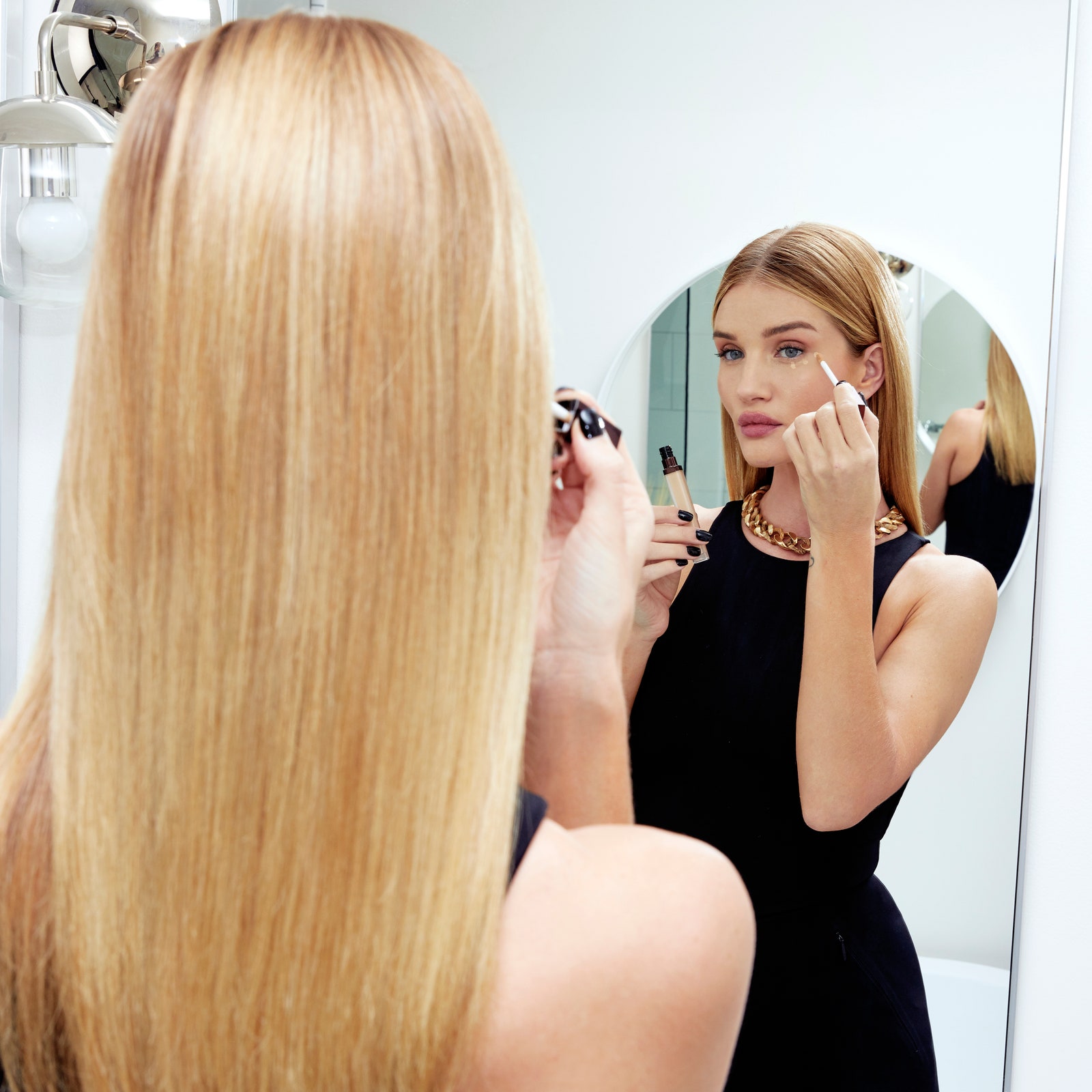 If you've ever admired Huntington-Whiteley's full lips — and who among us hasn't? — you can now have some of her favorite lip shades all to yourself with an expansion of the brand's Confession High Intensity Refillable Lipsticks. The striking golden stiletto-shaped tube you already know and love is now home to eight new shades including light, medium, and dark nudes, subtle pinks, one breathtakingly bright red, and a creamy terra-cotta shade called You Make Me that the model handpicked from the crop to be her signature.

"I thought it was really versatile. [It] could be worn throughout the day, could be worn in the evening, could be worn all year-round," Huntington-Whiteley says. "I also think it should work on most skin tones. I just got a ton of compliments on it... so it was sort of a no-brainer to choose it."

It isn't just the shade range of the new Confession Lipsticks that has her feeling so confident in the new partnership. She's been a big patron of Hourglass lipsticks for quite some time.

"I personally think it's the best formulation of lipstick on the market," she says. "I find it to be incredibly hydrating, plumping, [and] the shade range is vast enough that there's something for everyone. But it's also really curated so it's not overwhelming." Seeing as this formula is a Best of Beauty Award-winner, we at Allure would have to agree. 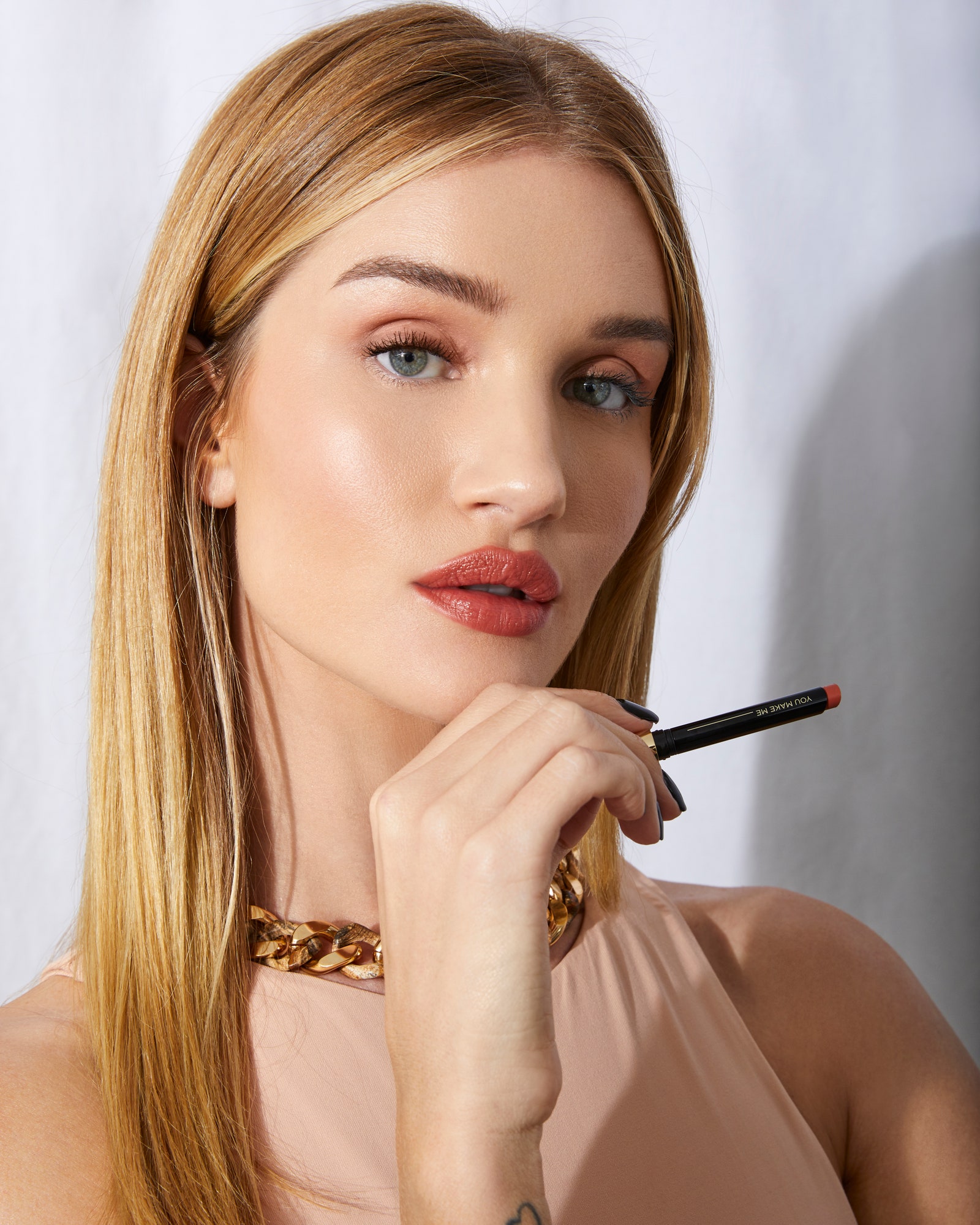 If you're getting a sense of déjà vu from the new products and campaign that's because this isn't the first time Huntington-Whiteley and Hourglass have collaborated. Last January, the model helped announce and promote the brand's Vanish Seamless Liquid Foundation with Rose Inc. to overwhelmingly positive feedback, which Hourglass founder Carisa Janes says sparked this new partnership.

"Working with Rosie in the past year has been such a positive experience, [and] it's been great for the brand," Janes tells Allure. "She really resonates with our consumer. I think that she can communicate with the consumer in a different way than we have. And so it was very organic; it happened naturally."

Going forward, you can likely expect a lot more content from Huntington-Whiteley surrounding her favorite Hourglass products and how she uses them in her hectic everyday life as a model, actor, beauty businesswoman, and mother. Oh, and keep a close eye on her Instagram... you never know when an upcoming Hourglass launch might pop up there.

Nutrition and sport - Training begins at the table

19 Black-owned businesses You can Support, today and always