How Bad Will The Economy Get?

I lived through the financial crisis of 2008-2009, but that was mild compared to the travails of my parents, who endured the Great Depression and World War II. My mom had it the worst, growing up in Germany under Hitler. 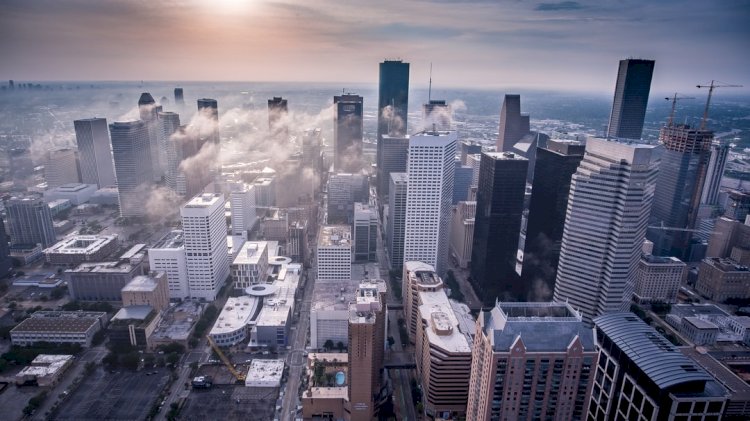 Every generation is tested. Last night, during a Skype call, my Millennial daughter nervously asked me whether we're about to encounter an economic depression. I couldn't offer a precise prediction. Instead, I quoted Warren Buffett: "For 240 years, it's been a terrible mistake to bet against America."

The coronavirus is a severe challenge, but this too shall pass. When the pandemic is inevitably contained, the stock market will come roaring back and our institutions will stand intact.

Until then, stick to your long-term retirement plan. Don't panic and dump stocks. But don't harbor unrealistic hopes, either. During these emotionally charged times, ignore the bleating of the partisan hacks. Focus instead on the hard data.

Let's start with the latest employment data. There's no sugar coating the numbers. They're shocking.

In the span of two weeks, about 10 million Americans filed for unemployment. As you can see, the graph shoots skyward like a geyser (see chart). 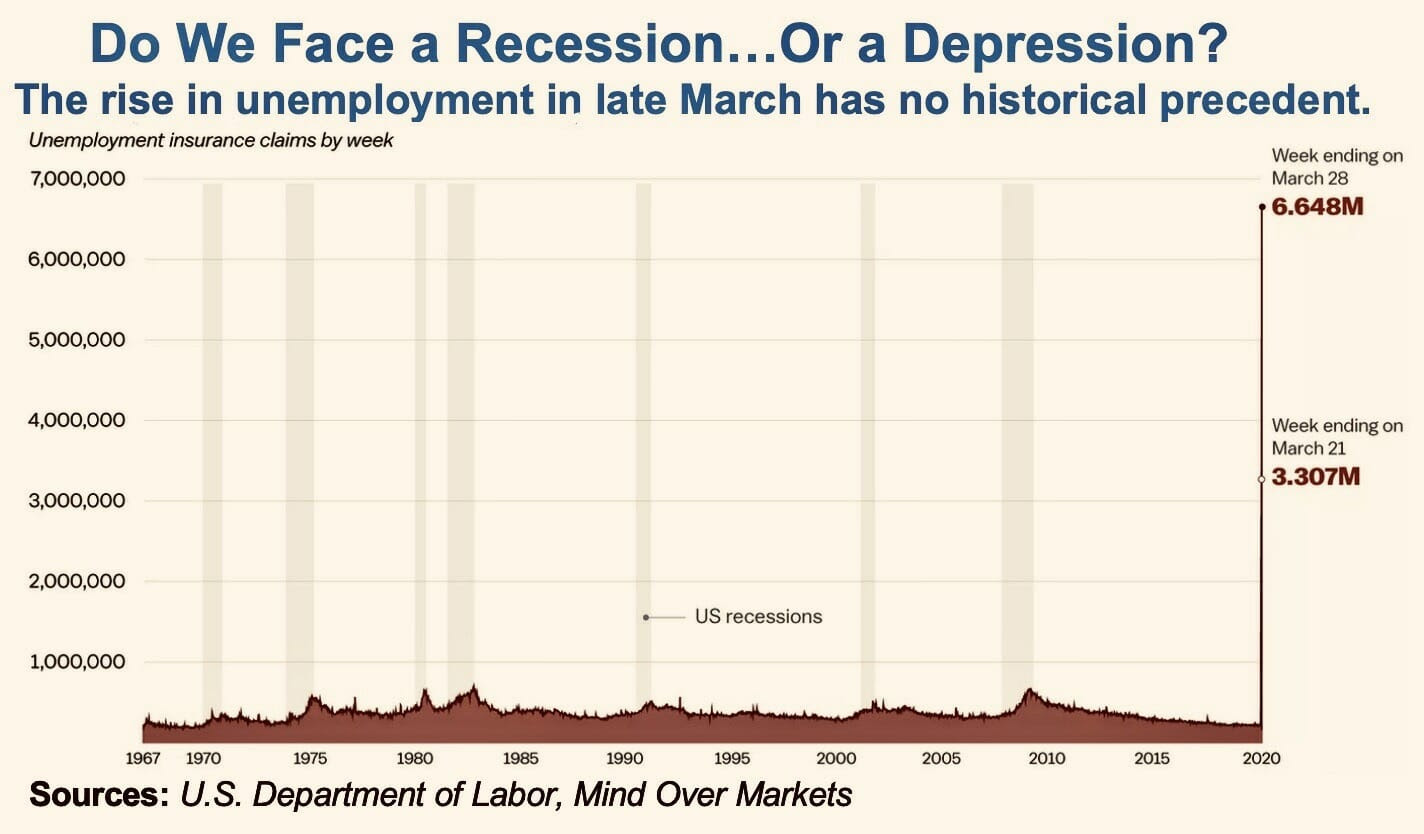 Many employers are slashing payrolls to try to stay afloat because revenue has collapsed. Brace yourself for next week's report, which probably won't be any better. Several highly populated states, notably Florida, have only recently moved to implement the sort of shutdown policies that began on the West Coast earlier in March.

Analysts predict that the headline unemployment rate could reach 10% this summer. During the Great Depression, unemployment at its worst reached about 25%.

The consensus among analysts is that the world already is mired in a recession. The real debate is whether the economic downturn could worsen into a depression.

Let's first get our terminology straight. A recession is the contraction phase of the business cycle, generally defined as two consecutive quarters of negative gross domestic product growth.

A depression is a prolonged period of economic recession marked by a substantial decline in income and employment. There is no commonly accepted definition of what precisely constitutes a depression.

In his 1964 opinion in an obscenity case, U.S. Supreme Court Justice Potter Stewart famously stated that he could not use words to describe pornography but "I know it when I see it."

So I can't tell you if we face a depression. I can't even tell you exactly what the word means. But you'll know it when you see it.

Before the coronavirus pandemic became apparent in January, analysts were warning that the U.S., China and Europe were heading toward economic slowdowns. Now the prognosis has worsened.

Central banks, in the U.S. and overseas, are hamstrung in their efforts to prevent the downturn, largely because interest rates already are at rock bottom. They've resorted to other means, such as buying government bonds (aka, quantitative easing) which should help.

It remains an open question, though, whether these stimulus initiatives will be enough. Stark unemployment numbers combined with plunging corporate earnings don't bode well for the economy and financial markets.

According to research firm FactSet, the data provider for Investing Daily, for the first quarter of 2020, the estimated earnings per share (EPS) decline for the S&P 500 on a year-over-year basis is -5.2%. For the second quarter, the S&P 500 is projected to report a YoY decline in earnings of -10.0%.

Read This Story: Corporate Profits Fall Off a Cliff

We're currently mired in a bear market, which occurs when stocks are down 20% from their recent high. Since 1950, the U.S. has witnessed 10 recessions and 9 bear markets. Nearly all of the recessions have overlapped with the bear markets.

A Phoenix from the ashes...

How can you cope with this turmoil? By picking investments according to their fundamentals and long-term prospects.

Purchasing Managers Index (PMI) numbers are tumbling around the world. The movement of utilities stocks tends to be inversely correlated with PMI readings, which makes the sector a well-timed play now.

Read This Story: The Recession-Resistant Power of Utilities

You also should increase your exposure to gold, the traditional safe haven when the world goes awry. For our special report on gold investing, click here.

Nervous about the economy, your job, and your portfolio? I don't blame you. But I would blame you if you abandoned the markets altogether. Remember, from the ashes of 2008-2009 arose the longest bull market in history.

If you have questions about how to invest during this time of crisis, drop me a line. I'm here to help: mailbag@investingdaily.com.

In the meantime, take proper steps to protect your most important asset: your health.

John Persinos is the editorial director of Investing Daily.