The case of Hector: a practical example of the application of the 4Ps method. Let's find out its weaknesses and strengths. Team Management, namely the management of the working group, is an essential part of running any type of business, and its complexity increases in proportion to the size and structure of the organization. 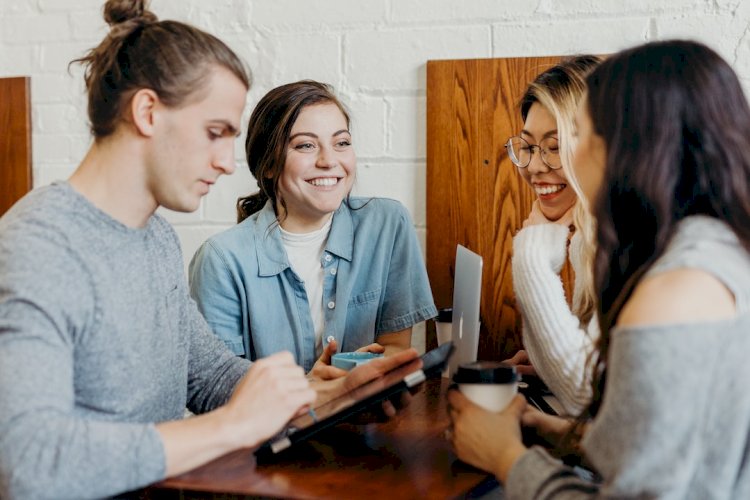 The main problems arise when two distinct teams - for example, the sales group and the marketing department - have to work together. In cases like this, in addition to the dynamics that exist between the members of every single team, it is necessary to consider the relationships and conflicts that could arise between the two groups understood as single sets and the different components of each of the two teams.

Even more complex cases are those in which, for example, one company acquires another, as the dynamics of "us" and "them" could be further exasperated.

Then there is the case of smaller realities, in which in a perspective of growth new professional figures are wanted to be inserted, who will interact with an already close-knit group. An example could be given by a construction supply company that decides to include a head of the commercial office to lead the group of salesmen accustomed to working independently on each individual customer.

In all these situations, it will be crucial to communicate with all the parties involved so that they keep the focus on the business objectives, and do not get carried away by emotions, thus risking triggering conflicts that would not benefit anyone.

It goes without saying that the presentation phase is crucial, because already on that occasion it will be possible to observe attitudes and behaviors that will constitute the signals to understand how the different parties involved will interact with each other.

In an interesting article, published by Fresh Books, these aspects are analyzed, taking the example of Hector, a consultant in charge of managing a workshop between the staff of a large company and that of a former competitor, which he has incorporated. The acquisition phase involved restructuring and consequently also some layoffs.

To understand how the workshop participants would present themselves, Hector used a method called “4Ps ", which categorizes the "participants" into 4 categories: Participant, Passenger, Protester, and Prisoner (Prisoners).

This method, the origin of which is not actually known, can be used in training sessions, team building sessions, or even in the simple management of meetings and group meetings.

In this article, we will explain what each category corresponds to and how to use this method to recognize and isolate negative attitudes and lead them toward positivity.

If several subjects come to a group session with a reluctant attitude, without feeling involved, bored, in a bad mood, or perhaps with the idea of ​​intervening and monopolizing the meeting, things could get worse, compromising the success of the event. . The 4Ps method allows you to recognize when events like these arise, to manage them or at least contain them during the meeting.

Each of the 4 P's represents a type of audience. Let's see them in detail.

Participant: Also known as Player, is willing, if not enthusiastic, to participate. He is proactive, proactive, and highly involved.

Passenger: is a person physically present, but his participation is limited to that. She has no intention of disturbing or creating problems, but she does not feel involved and is not interested in participating. He makes a presence because it touches him, or because it can be convenient for him (for example to obtain a certificate of participation), but he will probably spend all his time looking at his watch hoping to be able to leave as soon as possible.

Protester: He would not want to be there, and he is keen to point this out to everyone. This type of participant will always disagree on every point, and consciously or unconsciously end up ruining the experience for everyone else. The reasons can be different: he may be convinced that he already knows everything about the topic of the meeting, he may consider it useless, he may consider the speakers and participants inadequate, or he may simply consider it a waste of time. He may even find it counterproductive and harmful because it hinders or delays his work. Either way, he feels he shouldn't be there.

Prisoner: as the Passenger is not interested and participates only because he cannot help it , as the Protester considers his presence as a useless nuisance. It does not manifest it as evident and disturbing as the latter, but it transmits its discomfort through posture, puffing, rolling the eyes or with other non-verbal signals.

The 4P method is used to understand the way and the reasons why the participants behave in a certain way, with the aim of transforming the various passengers, Prisoners, and protesters on duty into “Participants”.

How to use the 4Ps method

Let's go back to the case of Hector. Before the meeting, place a flip chart in each of the 4 corners of the room. Once all the participants have arrived, and after having explained the reasons and objectives of the meeting, write one of the 4 audience categories on each blackboard, explaining its meaning.

At this point, he asks each present to approach the blackboard relative to the "P" that best represents his state of mind with respect to the meeting. However, Hector knows that people, especially if taken aback, may not respond truthfully to avoid putting themselves in a bad light.

He must therefore try to present the exercise in a reassuring way, introducing a hypothetical element. It will therefore not directly ask the participants to position themselves at one of the 4Ps in relation to the meeting that is about to take place, but in a hypothetical scenario such as an invitation from a friend to take a long walk in the woods.

After each present has positioned himself near one of the 4 P's, he will have to explain why he chose that one. The focus is on those who have chosen to position themselves in the Protester, Prisoner and Passenger categories, and by discussing with each of them Hector will try to understand what could lead them to change their mood and choose to move towards the corner of Participants.

Realizing that he has one or two Prisoners among those present, Hector tries to induce them to explain the reasons for their negative disposition, and to understand together with them what conditions could lead them to transform them into Participant. Is there anything in particular that worries them or makes them suspicious of the encounter? Or maybe their discomfort is linked to other aspects of the work, such as an impending deadline or the fear of possible changes within the company?

Once these aspects are clarified, Hector can induce Passenger, Protester and Prisoner to become Participant.

He can do it in three ways.

Weaknesses of the 4Ps method

As with most methods, even the 4P method does not guarantee 100% effectiveness. First of all, it should be remembered that in order to work it must be able to be used with people ready to be sincere and honest with themselves, a condition that is not always possible.

Secondly, it must be used with extreme caution. It is absolutely necessary to avoid that those present feel judged or criticized for the simple fact of associating with one category or another. If the Participant is seen as the "top of the class" and the Protester as the "contrary Bastian", for example, it is very likely that conflicts will arise within the group, which obviously must be categorically avoided.

Finally, you must remember that it is still a tool that limits itself to recognizing certain behaviors, not to resolving them at the root. It will help you to isolate the attitudes that characterize passenger, protester or prisoner, to understand their motivations and to manage them within the work group, but not to solve the problems underlying those behaviors.

Strengths of the 4Ps method

You can use this method to uncover disinterest and lack of enthusiasm on the part of one or more participants and work to mitigate them during a training session, meeting or group activity.

It is a tool of immediate understanding and use to understand group dynamics, but it must also be supported by further skills in managing behaviors and conflicts, especially if there are elements of hostility and distrust in the group.

Use it in everyday life

The 4Ps method helps to encourage self-reflection and is therefore a useful exercise in everyday life as well. It allows you to take a break to analyze a given situation and ask yourself how you are behaving and how others can interpret your attitude. If you identify yourself in one of the 3 categories that do not correspond to Participant, you can think about what could make you change your point of view and improve your approach in that particular context.

You can also use it to analyze how you approach work and career. Are you a Participant, always looking for new opportunities? Or are you a Passenger instead, just letting things happen? Or maybe you feel like a Prisoner or a Protester, stuck in a situation that doesn't reflect your values, or doesn't gratify your talent or fulfill your ambitions?

The 4Ps method, therefore, can also become an excellent tool for self-awareness, to take stock of your professional situation (and not only) and understand if your life is going in the right direction or if the time has come to face a change.

What Is The Difference Between Damp Proofing And Waterproofing?