Ice cream and diet: can you eat or not?

Ice cream and diet, eat it without gaining weight: the nutritionist's advice Ice cream, the king of summer, appeals to young and old, young and old alike. 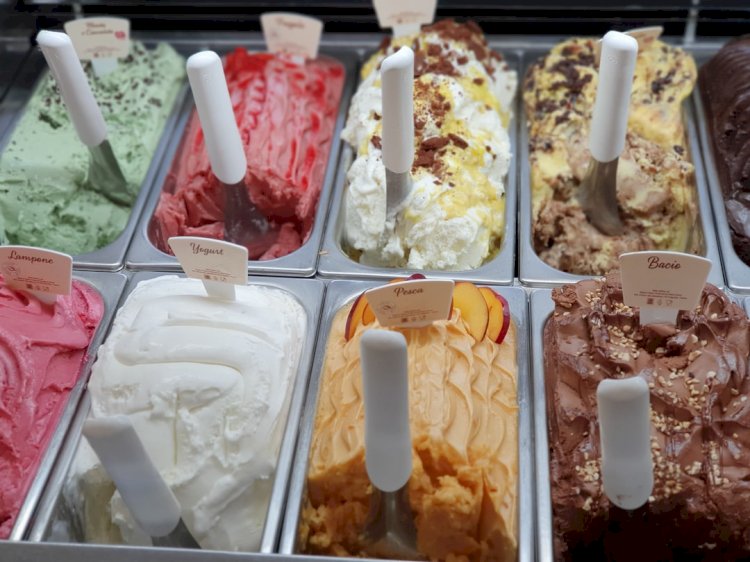 Packaged, artisanal, with fruit, with creams, there is something for all tastes, with its variety it can easily satisfy everyone!! It is an excellent refreshing for sultry days, it gives a good mood thanks to the presence of sugars. Its history is very ancient: it even seems that the first ice creams date back to the years before Christ. Originally the recipe for this fantastic food was based on cooked rice, spices, milk and snow, to give the characteristic consistency.

Today there are an infinite number of types, from industrial to artisanal, from classic tastes to the unlikely fruit of the creative minds of pastry chefs. But many stories and false myths revolve around this food, let's debunk some of them together!

IS GELATO FORBIDDEN IN THE DIET?

It seems that ice cream is forbidden in diets! But is it really so? Isn't this prodigy of pastry chefs allowed in a healthy and correct diet? Not exactly! We always consider that, at least as far as I'm concerned, there is no food that should be banned from the table. The ban does not help anyone, especially in the summer, when a nervous breakdown resulting from a year of work is added to this too! What matters is moderation and the context in which it is inserted. For example, I would forbid ice cream to an overweight boy who spends his summer days in front of the TV or some video game. Conversely, I would not forbid it to a boy who leads a healthy and non-sedentary life.

Diabetics can only eat fruit with fruit! Diabetics, who are naturally greedy, would not ask to make the sacrifice of giving up an ice cream all summer or to choose it only with fruit. Maybe not every day, but they can easily choose it with creams if they like it. Paradoxically, cream ice cream has less sugars and, thanks to the presence of lipids, has a lower glycemic index and this "does not affect too much" blood sugar.

Soy ice cream is healthier! No. Simply, soy ice cream does not contain animal-derived ingredients and has no cholesterol. It certainly cannot be considered healthier for this feature alone.

IS ARTISAN GELATO BETTER THAN PACKAGED?

No. When you say the word "packaged" you immediately think of the presence of preservatives. It must be said that in this case this is not the case, as the cold chain helps conservation. Here, I would pay more attention to dyes, for example, popsicles!

GELATO AS A SUBSTITUTE FOR A MEAL?

Ice cream replaces a meal! In theory, one-off can also be done, but this does not have to be a rule! Nutritionally speaking, ice cream contains mostly simple sugars and fats, so it cannot be a suitable substitute for a meal such as lunch or dinner. Furthermore, the presence of simple sugars makes it a not very satiating food: less than two hours after its intake, you risk returning hungry with the result of eating more than you should.

I conclude with a little curiosity. For some years we have been talking about PROBIOTIC Gelato, that is an ice cream enriched in lactic ferments that has the function of maintaining the intestinal flora and removing dental caries (especially thanks to the presence of bifid bacterium lactic and Lactobacillus Acidophilus). Perfect, so besides being good it's also good!! Too bad there are very few ice cream parlors that produce this "bio gelato". For now it remains, perhaps, more of a commercial gimmick!

Ice cream for lunch in the diet: yes or no?

There are no contraindications to eating ice cream for lunch from time to time. An ice cream without cream provides between 150 and 200 calories and contains sugars that give a reserve of energy that satisfies for a long time, so on the beach or for a quick snack it can be an excellent meal replacement.

Obviously, having lunch with ice cream should not be the rule in order not to risk dangerous nutrient deficiencies or an excess of sugars and calories.

Ice cream for the intolerant

For those who are lactose intolerant or for those suffering from diabetes and cannot take sucrose, soy ice cream is an excellent alternative to traditional ice cream. It is available in different flavors and there are more and more ice cream parlors offering it to their customers.

Even those who want to limit calories, but cannot give up ice cream, can opt for soy ice cream: compared to the traditional one, it has a lower calorie content, about 100 calories per 100 grams.

In short, eating ice cream on a diet is not the end of the world and it will not jeopardize progress on your diet. The important thing is not to forget our precautions and stay on the right path: that of healthy eating.