Despite being up for six awards at the ceremony, costume designer Jacqueline Durran was the only winner from the film. 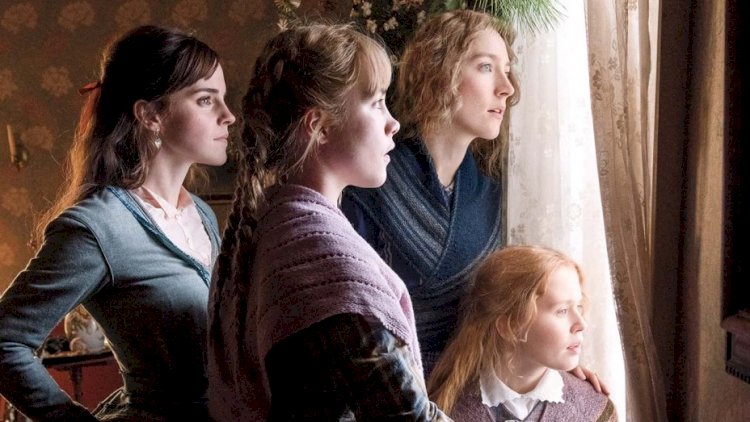 The cast and crew of Little Women took home best costume design during the 92nd Oscars on Sunday night.

Based on Louisa May Alcott's 1868 novel, the film follows the March sisters — Amy (Pugh), Jo (Ronan), Beth (Eliza Scanlen) and Meg (Emma Watson) — as they navigate their young adulthood in the aftermath of the Civil War.

Durran won the only award for the movie in the costume design category. "Thank you to the Academy. I'm indebted to a lot of people, to a wonderful team," she began. "To our amazing cast and producer Amy Pascal."

After thanking her family, Durran gave a special shout out to Gerwig. "She was an inspiration to all of us with her courage and her beliefs," she said.

Following her acceptance speech, Durran spoke to reporters backstage about the process to create the costumes. “I found different images that represented each of the girls to me and then I shared those with the actresses and we found ways that it could be personal to each of them," she revealed.

Durran also reflected on creating Chalamet's character Laurie's style. "I was very liberal with the time period of his costumes. I allowed him quite a bit of freedom in how he wore the clothes that I designed for him," she said. "I gave him a freedom in which parts he would wear and in which way. He didn’t create the pieces but he styled them."

Durran previously spoke to The Hollywood Reporter about designing the ensembles. She explained that she looked to the vivid works of Massachusetts painter Winslow Homer and the soft portraitures of British photographer Julia Margaret Cameron to find inspiration for the costumes worn by the March sisters. Gerwig advised Durran to consider that the family "lived in genteel poverty" when creating their ensembles.

Ronan's portrayal of Jo March earned her a fourth acting Oscar nomination at the age of 25. She lost in the category to Renée Zellweger, who won for her role in Judy.

The nod made her the second-youngest performer, male or female, to ever receive that number of Oscar nominations. Her previous nominations were for her roles in Lady Bird, Brooklyn and Atonement.

Jennifer Lawrence, the record-holder for youngest performer to be nominated four times, only beat Ronan by four months (Lawrence was also 25 when she scored her fourth Oscar nomination, for Joy, in 2015).

Dern also won during the ceremony, though for her supporting role in Noah Baumbach's Marriage Story. While accepting the award, Dern thanked Baumbach and Gerwig, who are partners. "Thank you, Noah, for your words and for your friendship in art and life with Greta," she said.

Prior to the ceremony, Gerwig spoke to Tamron Hall about penning the screenplay while walking the red carpet. "When I read the novel again- and that's why I wanted to make a film out of it- even though it's 150 years old, it's so modern and so pressing and so urgent and it's about women and ownership and art and money," she said. "I was like, 'This is our discussion right now.' So to me, it wasn't that I added anything to it. It's just that I brought out what Louisa had put down for us."

The 2020 Oscars took place at the Dolby Theatre at Hollywood & Highland Center in Hollywood. The hostless ceremony was televised on ABC.

Hourglass Cosmetics and Rosie Huntington-Whiteley Are Teaming Up for Another...

19 Black-owned businesses You can Support, today and always