Meanwhile, six-time nominee 'Little Women' won only one award, for costume design, in a ceremony that featured numerous onstage comments praising the work of female directors. 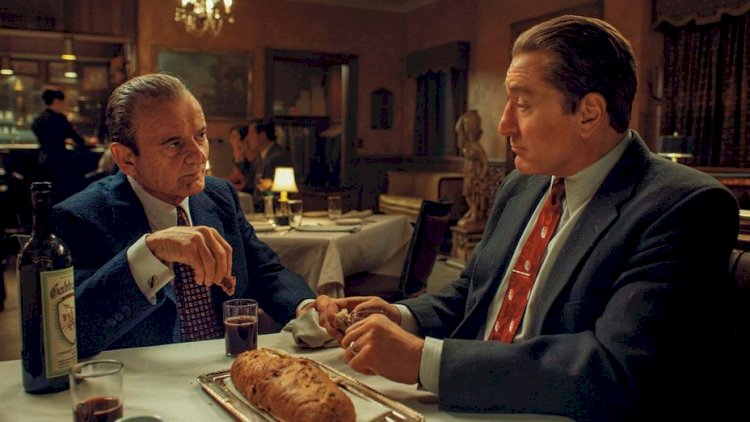 The 2020 Oscars marked another disappointing awards ceremony for the team behind Netflix's $160 million Martin Scorsese-directed mob drama The Irishman. After being shut out at the Golden Globes and Screen Actors Guild Awards, the epic, decades-spanning and decade-in-the-making story starring Robert De Niro and nominees Al Pacino and Joe Pesci failed to win any of the 10 Oscars for which it was nominated.

Still, Scorsese got a few shout-outs from the stage, with Chris Rock and Steve Martin mentioning the film and the director in their monologue and best director winner Bong Joon Ho taking a minute to note how, as an aspiring filmmaker, he was particularly inspired by Scorsese, comments that prompted the Dolby Theater audience to give Scorsese a standing ovation.

Meanwhile, other top contenders had a relatively disappointing night, with six-time nominees Jojo Rabbit, Marriage Story and Little Women taking home only one award each. Little Women's prize, the Oscar for best costume design, was arguably the lowest-profile of those won by Jojo Rabbit and Marriage Story. Its poor showing was somewhat ironic, given that a theme throughout the ceremony was praising the work of female directors, like Little Women helmer Greta Gerwig, despite the fact that none were nominated for best director again this year. Jojo Rabbit won best adapted screenplay honors, while Marriage Story's Laura Dern received the best supporting actress Oscar she was expected to take home.

While Once Upon a Time in Hollywood won two statuettes, for best production design and best supporting actor (Brad Pitt), writer-director-producer Quentin Tarantino didn't win any of the awards for which he was nominated, including the high-profile prizes of best original screenplay, director and picture.

While Parasite was predicted to do well at the Oscars, with the best picture race shaping up as a battle between Bong's film and Sam Mendes' 1917, many pundits expected the latter to win best picture or for Mendes to win best director, if not both, particularly after 1917 won the top prizes at the BAFTA Awards last week, in the middle of Oscar voting, after also winning at the DGA Awards and PGA Awards. And while 1917 won three Oscars, all were in technical categories.

Other multiple Oscar nominees that were shut out included three-time nominees Star Wars: The Rise of Skywalker and The Two Popes and two-time nominees Harriet, Honeyland and Pain and Glory.

Hourglass Cosmetics and Rosie Huntington-Whiteley Are Teaming Up for Another...