Renowned for doing his own stunts, he also starred on such shows as 'Hawaiian Eye' and 'Baa Baa Black Sheep' and on the miniseries 'Centennial.' 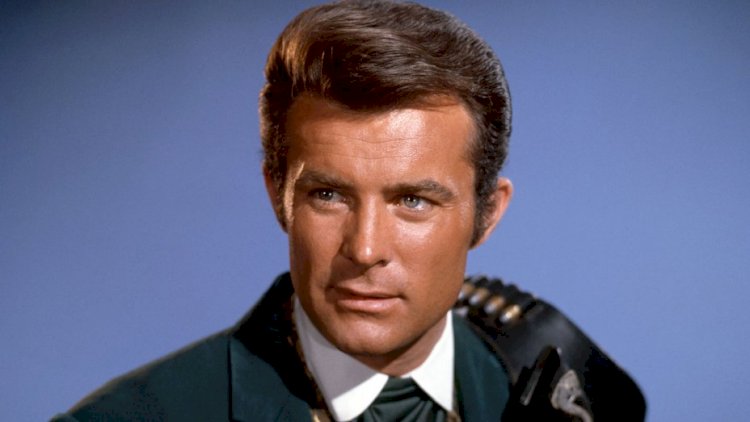 Robert Conrad, the athletic, two-fisted actor who starred as Secret Service agent James West and did his own spectacular stunts on the 1960s futuristic CBS Western The Wild Wild West, has died. He was 84.

Conrad died Saturday of heart failure in Malibu, family spokesman Jeff Ballard told the Associated Press. "He lived a wonderfully long life, and while the family is saddened by his passing, he will live forever in their hearts," he said.

Conrad, among the actors employed by Warner Bros. Television to appear on the studio's stable of shows starting in the 1950s, first gained attention for playing Tom Lopaka, a partner in a detective agency, on ABC's Hawaiian Eye.

Conrad, though, always said that the performance he was most proud of was his turn as the French-Canadian trapper Pasquinel in James Michener's Centennial, the 16 1/2-hour, 12-episode miniseries about the evolution of the American West that aired on NBC in 1978-79.

He said Michener was on the set during production and told him that he "played the character better than he had written it," Conrad noted during a 2006 chat for the website The Interviews: An Oral History of Television.

On The Wild Wild West, the lithe, blue-eyed Conrad starred as a government agent, working for President Ulysses S. Grant, who employed modern technology to combat villains in the 19th century. Jim West, who wore his spiffy clothes a bit too tight, rode a champion horse and had an eye for the ladies, was paired with Artemus Gordon (Ross Martin), a master of disguise.

The show was "James Bond as a cowboy," and indeed, series creator Michael Garrison had once owned the movie rights to Ian Fleming's first 007 novel, Casino Royale. Wild Wild West lasted four seasons, on the air from September 1965 through April 1969, and attracted another legion of fans in reruns.

Conrad and stuntman Whitey Hughes usually choreographed the show's acrobatic fights (the scripts gave them an amount of time to do them, and they figured things out). Near the end of one season, Conrad said he almost was killed when he fell 14 feet onto a cement floor; he suffered what he described as a "six-inch linear fracture with a high temporal concussion."

Concerned that they would lose the star of their show, CBS executives insisted a stunt double step in for Conrad, but that practice lasted only a couple of episodes, and, after a summer of healing, he was soon back "breaking things," just as he always did.

He was one of the few actors to have been inducted into the Stuntmen's Hall of Fame.

"Ross Martin once said in an interview on the Johnny Carson show, 'Robert does his own stunts, and I do my own acting,'" he said. Asked if he took offense to that, Conrad replied: "I applauded it, it was the truth. I did my acting tongue in cheek. I didn't take any of it seriously. The last year, I didn't even read the scripts, I just read my part. And it worked."

Conrad's ego and toughness also were on display during the Battle of the Network Stars specials, where he more often than not captained the NBC squad to victory. (He did lose one memorable race to Welcome Back Kotter's Gabe Kaplan, getting caught down in the stretch.)

And in three years as a popular Eveready pitchman, Conrad stared into the camera and challenged anyone to knock a battery off his shoulder.

Conrad Robert Falk was born on March 1, 1935 on the South Side of Chicago. His father, Leonard, worked in construction and became vice president of the National Sugar Co., and his mother, Jacqueline, did PR and had clients including Patti Page and Vic Damone.

He played running back in high school, thought about a career as a boxer and, when he wasn't loading or driving a truck, sang in a trio that performed in Chicago hotels.

After standing outside theaters to drum up publicity for 1956's Giant (his mother had been dating a Warner Bros. executive, and Conrad bore a resemblance to the recently deceased James Dean), he thought he might try acting.

He attended Northwestern University, majoring in theater arts, and became friends with Rebel Without a Cause actor Nick Adams, who got him a part in Juvenile Jungle (1958).

For a TV show, Conrad landed a gig as a Native American who gets shot and falls off his horse. He fell backward, risking great injury. "That established me as having the talent to do stunts," he said. "So when there was a speaking role associated with a stunt, they'd hire me. You got two for the price of one."

During rehearsals for a fight sequence on the Warner Bros./ABC series Maverick, Conrad told his actor he was about to tussle with, "'You're getting too close, you're getting too close,'" he recalled. "I said to the director, 'Why don't you double him?' He said, 'We don't have a double for him, he's going to have to smack you.' I said, 'If he does, he's going to regret it.'

"So we rolled cameras, and sure enough, he hit me, and I hit him back. That went out to one of the executives, and one of them said, 'I like that kid.' And then they put me under contract."

After starring with Marisol in the 1964 Spanish movie La nueva Cenicienta (The New Cinderella), Conrad was playing 'Pretty Boy' Floyd opposite Adams in Young Dillinger (1965) when he headed over to CBS after lunch to test for a new show, The Wild Wild West.

Very quickly, Conrad got a phone call saying he had been hired and was to start work the following Monday in Sonora, California. (He also said he turned down a chance to play Larry Hagman's part on I Dream of Jeannie.)

Conrad said he trained in karate during the first season of Wild Wild West, and as the series went on, he wore blue underwear so that when his tight pants ripped during fights, the audience couldn't tell.

With television violence coming under fire from politicians in the wake of the 1968 assassinations of Robert Kennedy and Martin Luther King Jr., Wild West West was canceled despite drawing a 33 share of the audience in its 1968-69 season.

Conrad said Baa Baa Black Sheep was axed because it was deemed too violent as well. "I got a double hit," he said.

Wild Wild West, of course, was refashioned as a 1999 movie, with Will Smith passing up a chance to star in The Matrix to portray Jim West. Conrad called the remake "horrible" and "pathetic" and gladly accepted the Razzie Award for the film.

Conrad also starred on other short-lived series including The D.A., Assignment: Vienna, The Duke, A Man Called Sloane, High Mountain Rangers and High Sierra Search and Rescue; hosted Saturday Night Live (musical guest: The Allman Brothers) in 1982; and played John Dillinger in The Lady in Red (1979) and a Richard Nixon confidant in the 1982 NBC telefilm Will: The Autobiography of G. Gordon Liddy.