Fred Armisen appeared as Mike Bloomberg, while former castmember Rachel Dratch came back as Amy Klobuchar in the political sketch. 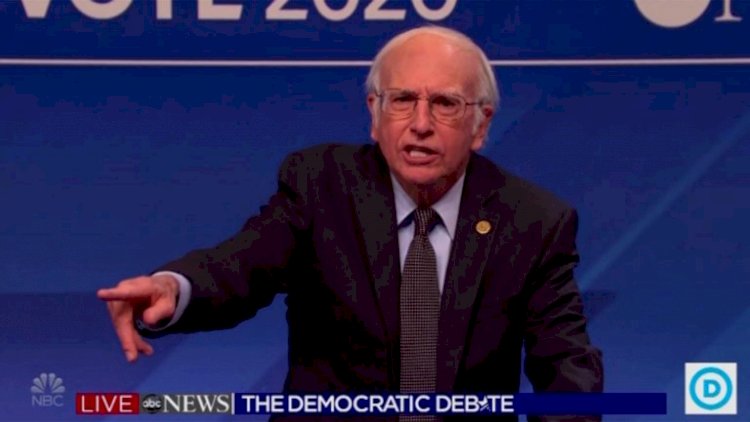 Saturday Night Live parodied the most recent Democratic Debate in its Feb. 8 episode, where a number of familiar faces made cameo appearances as presidential candidates.

Colin Jost reprised his impression of South Bend, Indiana Mayor Pete Buttigieg, declaring in the sketch that the real winner in Iowa was Donald Trump.

Larry David also came back as Bernie Sanders. "If you think I’m loud when I talk, you should hear me chew," Sanders’ David said.

Bowen Yang played Andrew Yang, while former cast member Rachel Dratch made a cameo as Amy Klobuchar. She compared herself and Elizabeth Warren, played by Kate McKinnon, to J.Lo and Shakira as a reference to the most recent Super Bowl halftime show.

Fred Armisen made a brief cameo as Mike Bloomberg, who was the sponsor of the event.

When asked about how to win the black vote, Jost’s Buttigieg said he has heard that he has been called Mayo Pete but added "Trust me: I’m not that spicy." He also referred to himself as 'White Obama.'

"I’m here, I’m square, get used to it," Dratch’s Klobuchar said after wondering why she hasn’t been doing better during her campaign.

"What? The doctor said I had six to eight months," Sudeikis' Biden said when told by the moderator that he had sixty seconds.