Steyer: Bloomberg 'sounded like he was running in the wrong primary'

The liberal activist called upon his fellow billionaire to embrace a “wealth tax” proposal if he intended to pursue the White House as a Democrat. 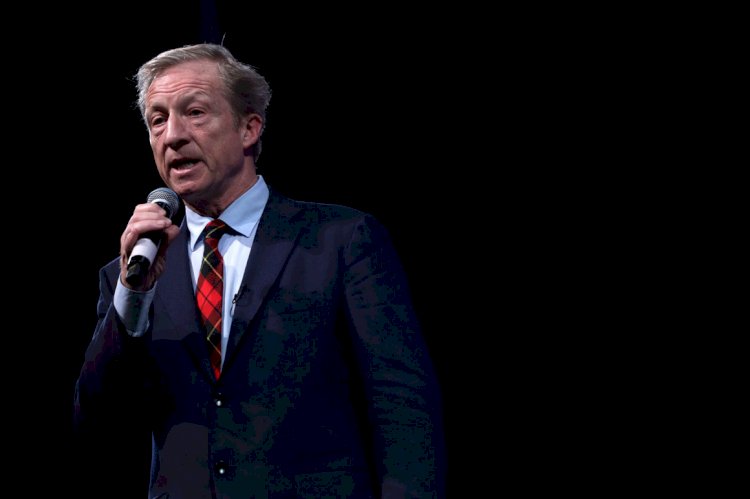 Steyer, a liberal activist and former hedge fund manager who did not qualify for Wednesday night’s forum in Las Vegas, declared that “unchecked capitalism has failed” and called upon Bloomberg to embrace a “wealth tax” proposal if he intended to pursue the White House as a Democrat.

“I think that people who’ve been as successful as Mike Bloomberg or me should understand that the Democratic Party stands for the idea that the inequality in this country is unacceptable,” Steyer told CNN.

Bloomberg was repeatedly pressed during the debate Wednesday on his vast personal fortune, which he has wielded during the primary campaign to fund hundreds of millions of dollars in ad buys and bolster his standing in public polling.

Vermont Sen. Bernie Sanders, the current frontrunner for the nomination, decried the “grotesque and immoral distribution of wealth and income” in the United States, while Bloomberg touted his philanthropic efforts and donations to Democratic candidates and causes.

Asked by moderator Chuck Todd of NBC News whether he should have “earned that much money” over the course of his decades-long business career, Bloomberg replied: “Yes. I worked very hard for it. And I’m giving it away.”

But the interrogation regarding his immense financial resources was hardly the most contentious moment Bloomberg endured on stage.

His opponents also thrashed the former Republican for his endorsement of President George W. Bush in 2004, the “stop-and-frisk” policing practices he presided over as mayor of New York, his past remarks on redlining, his failure thus far to release his tax returns, and his non-disclosure agreements with women in the workplace.

Addressing Bloomberg’s handling of those various controversies during the debate, Steyer offered a dismal review Thursday.

“Honestly, I don’t think there is a great response out there for stop and frisk, for standing up for redlining, for giving a speech at the Republican convention on behalf of George W. Bush’s reelection in 2004,” he said. “So, I mean, I think there’s a record there that’s just really hard to explain away.”