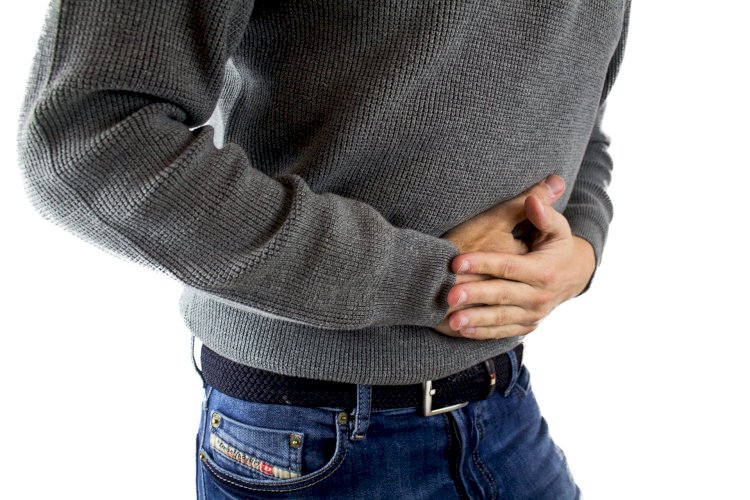 STOMACH PAIN: WHAT IT IS

It's easy to say "I have a stomach ache", but what stomach ache is it? Disorders and diseases that can cause symptoms such as  heaviness , indigestion, acidity and heartburn that travels up the esophagus, sometimes up to the throat,  stomach cramps , twinges, dull and continuous or sharp pain and colic , nausea and / or vomiting , loss of appetite, abdominal swelling  associated with belching, gastric gurgling and / or intestinal turbulence and  meteorism , or a more generic and vague gastric discomfort, are very numerous and arriving at the correct diagnosis is not as easy as it might seem to the eyes of a non-expert.

For this reason, whenever significant seemingly unmotivated stomach problems arise or symptoms of persistent indigestion never experienced before, it is advisable to contact your doctor to analyze the situation a little better through some blood tests and, if it will be considered appropriate, some instrumental investigations, such as a conventional gastroscopy or video capsule, an ultrasound of the abdomen or other more targeted second level assessments. The set of available tests, possibly combined with a specialist visit to the gastroenterologist, will allow to accurately characterize the origin of the disorders and to identify, therefore, also the most appropriate treatment.

That said, it should still be emphasized that in most cases the common extemporaneous or recurrent stomach ache is not caused by an underlying gastrointestinal disease, but by occasionally too abundant or unhealthy meals, by committing one or more errors in the diet or by the maintenance of an overall inadequate diet in relation to the functional capacity and tolerance of one's digestive system. In all these cases, the disturbances experienced, even if annoying, should not worry, but lead to review their eating habits and lifestyle, knowing that, if this were not enough, you can also resort to natural remedies and over-the-counter drugs. able to prevent and relieve the symptoms of indigestion.

THE PREMISES FOR ARRIVING THE DIAGNOSIS

To understand what causes stomach pain, it is first of all important to describe to the doctor with the utmost precision the type and intensity of the symptoms experienced, listening carefully to the messages sent by your body. Furthermore, it must be specified on which occasion the stomach ache arose (during, after or away from meals), if it persists constantly or varies at different times of the day (and, in the latter case, if there are factors or circumstances that they relieve it or make it worse), if it is also present in the evening or during the night, preventing sleep or causing nocturnal awakenings.

Other important information to provide to the doctor concerns the diet and the presence of any known intolerances or allergies towards certain foods or their components, such as gluten or lactose, since these disorders, in addition to causing intestinal discomfort, they are often associated with indigestion and stomach pain. In this regard, it should be noted that, even if there have never been problems before, food intolerances and allergies should never be excluded a priori since they can develop at any time in life, even in adulthood or in the elderly.

Gastrointestinal hypersensitivity, more significant intolerances and irritations of the gastric mucosa can then be determined by the intake of prescription or over-the-counter drugs, especially for prolonged use, if you are in therapy it is always good to highlight these symptoms to your doctor. In fact, it is important to remind the doctor of all the drugs you are taking, how often, at what dosages, at what times of the day and for what reasons, without forgetting to also report the possible use of food supplements or natural remedies of various kinds. .

Other elements that can guide the diagnosis include:

In addition to inadequate nutrition, stomach problems can depend on the presence of a specific pathology associated with:

"Organic" structural damage, generally affecting the gastric or esophageal mucosa or the sphincters that separate the stomach from the esophagus and intestine

a "functional" damage, that is to say an imperfect functioning of the digestive process not referable to any organic alteration evidenced with the diagnostic techniques available.

Examples of stomach pain of this second type are functional dyspepsia and irritable bowel syndrome (which in addition to intestinal symptoms is usually associated with gastric discomfort and indigestion).

With regard to stomach aches of an "organic" nature, the diseases that most often cause them include:

In all cases, the type of symptoms present and their mode of onset can provide some preliminary indication of the possible organic cause. For example, when heartburn prevails, with pangs or cramps, present above all when fasting and which are alleviated by taking non-acidic foods, most likely you are in the presence of gastritis or a gastric ulcer. If the burning and pain are concentrated in the upper part of the stomach or in the center of the chest and the sensation of inflammation and acidity tends to rise up the esophagus and throat, especially after meals and when lying down, it is probably facing a gastroesophageal reflux disease or a hiatal hernia.

A stomach pain associated or not with nausea and accompanied by a significant and sudden increase in intestinal transit with the production of watery or malformed stools may, on the other hand, indicate the presence of an intestinal infection of a bacterial type (in particular, from salmonella, shigella or  E. coli ), viral (rotavirus gastroenteritis) or other parasites (for example, roundworms). If, on the other hand, these same gastrointestinal symptoms are more nuanced, but persistent, more likely to trigger them are a food intolerance, a chronic inflammatory bowel disease or a malabsorption syndrome.

When the onset of stomach pain is the consequence of a specific pathology, to alleviate it it is essential to provide treatments aimed at eliminating or, at least, at controlling the latter.

In these cases, the treatment must always be prescribed by the doctor after careful evaluation and a precise diagnosis and may include the use of:

antibiotics, if it is necessary to eradicate Helicobacter pylori  or another intestinal pathogenic bacterium (but not to treat viral gastroenteritis, which heals on its own within a few days)

Gastro protectors, if it is necessary to protect the inflamed gastric mucosa from the action of gastric juices or from the irritating effects of drugs necessary for the treatment of other diseases

Antidepressants, if stomach pain is due to functional dyspepsia and is worsened by anxiety and stress.

Over-the-counter optokinetic drugs and antacids, taken as needed for one or a few days, are also indicated when the stomach pain is occasional and essentially due to meals that are too abundant or rich in fatty or difficult to digest foods.

In situations of this type, relief can also be obtained from simple, effective and harmless natural remedies such as herbal teas and infusions based on fennel, anise, licorice or mint or from a hot chamomile with the addition of lemon and / or ginger and a little honey. Pleasant and very useful in the presence of weight on the stomach and nausea are also the infusions based on lemon or lime and ginger.