Sustainable nutrition for the health of man and the planet

Proper nutrition is a central factor for the well-being of society, especially the Western one, characterized by a growing increase in obesity and related degenerative diseases. 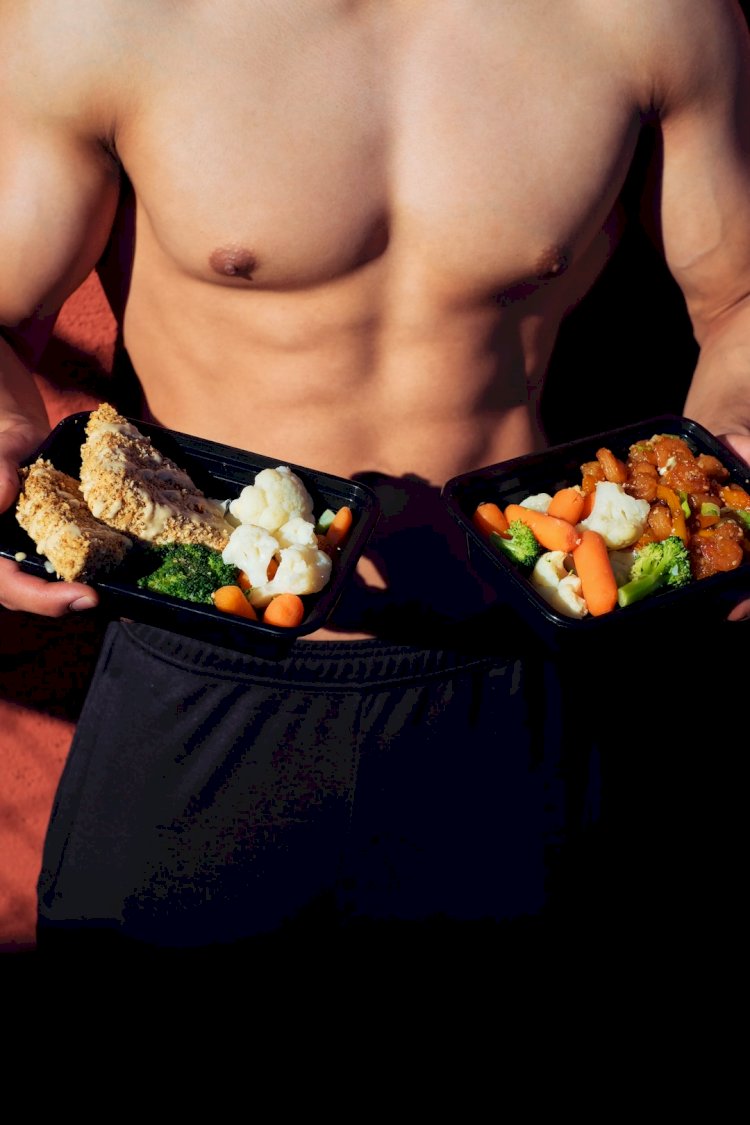 Whenever we consume a meal with high energy content or unbalanced from a nutritional point of view, we cause post-prandial stress in our organism, inducing endogenous protective mechanisms that involve the immune system. This condition, if continued over time, can cause obesity and overweight conditions associated with an increase in various metabolic risk factors (triglycerides, inflammation, insulin resistance, etc.). The excessive consumption of these "stressful" foods represents a damage not only to the health of the individual, but also a huge cost to the Planet,

Nutritional sustainability is based on several pillars such as the preservation of biodiversity, food security, the reduction of waste, eco-friendly food, and functional food, reinforcing the concept that human health cannot be separated from the health of the Planet. The challenge of the next few years for the scientific community will be focused on the ability to increase knowledge of the relationships between diet, health, and the environment. The resolution of this "trilemma" passes through the reduction of food waste and the resulting environmental damage and in providing citizens with options for sustainable use of food through the definition of functional and low environmental impact lifestyles.

In recent years, numerous studies have shown that diet and lifestyle, together with the environment, are the main causes of longevity. The most fascinating of these researches is undoubtedly that of the blue zones that is areas of the planet in which the rate of longevity in health is higher than in other areas of the world. Five blue zones have been identified so far: Sardinia, in the historic areas of Ogliastra and Barbarian 3, the Greek island of Ikaria, the Japanese island of Okinawa, the Nicoyain Costarica peninsula and Loma Linda, in California, in the community Christian of the Seventh-day Adventists.

These areas have food, environmental and cultural characteristics in common, first of all a sparing, frugal, simple, genuine diet, low in fats, sugars and industrial foods, characterized by a high intake of foods of vegetable origin (fruit and dried fruit, vegetables, legumes and cereals typical of the area) that come from the cultivation of their own land and from a moderate consumption of white meat or fish (a couple of times a week), milk and mostly goat cheeses. In addition, the elderly in these areas are generally very active, with a rich social life, cultivate hobbies, spend a lot of time with family and friends, spend part of the day on meditation, prayer and nature walks, sleep more than average their peers from other areas, living old age in a peaceful way. Of all the factors involved, the "semi vegetarian" diet certainly plays a fundamental role in promoting longevity and decreasing the incidence of diseases linked to aging.

Diets with higher consumption of fruit and vegetables in fact produce substantial improvements in some risk factors such as blood pressure, plasma lipid levels, insulin resistance, inflammation levels, endothelial function and body weight control. All this because fruits, vegetables and cereals, together with legumes, in addition to being the main sources of dietary fiber, are very rich in vitamins, minerals, fibers and bioactive compounds, known as polyphenols, with strong antioxidant, anti-inflammatory, ant atherosclerotic, immunomodulatory. These compounds help to strengthen the endogenous defenses of our organism and to maintain physiological homeostasis, with an even more marked action

The best way to ensure a balanced and optimal supply of all these nutrients and bioactive compounds is to follow a varied diet, which includes all the different types of foods, possibly following their seasonality. There is no single food, or "super food", that is able to provide all the nutrients necessary for maintaining good health and preventing disease. Not surprisingly, "super food" is not a scientific term but coined by marketing, with the aim of deceptively promoting very powerful, out of the ordinary, almost miraculous foods. Little known, exotic foods, such as guava, goji berries, avocado and seaweed, refer to this trend. Assessing the effects that a certain food can have on humans is very complex: genes, eating habits, lifestyle and environment vary from person to person, making it difficult to study the impact of nutrients on health.

The case of functional foods, on the other hand, is different, defined as any food, part of food, drink or food group, with additional positive effects on the maintenance of health, physiological homeostasis or on the prevention of diseases 4. Thanks to the progress of food science and technology, in fact, in recent years, "new foods" have appeared on the market, alongside traditional foods, capable of providing beneficial components for health, generally non-nutritious (such as polyphenols, probiotics, and prebiotics). Which are able to positively and selectively regulate one or more physiological functions of our organism.

These foods can be "naturally functional", such as natural fruits, vegetables and cereals (eg tomato for lycopene, olive oil for tocopherols, green tea for catechism, etc.) or traditional foods (e.g., technologically modified dairy products, bakery and pastry products, salad dressings, non-alcoholic beverages (probiotic yogurt, prebiotic foods, and symbiotic foods). Thanks to their properties, these compounds can contribute to the well-being of the organism with different biological activities, such as antioxidant, anti-inflammatory, antihypertensive, hypocholesterolemia, antimicrobial, antiviral, and so on.

However, to be defined as such, it is not enough that the food has these components, but its effectiveness in maintaining good health and preventing the onset of diseases must be demonstrated by rigorous scientific research. The approach to be used in these studies should be both observational (where researchers observe the effects of differences in people's diets without intervening) and interventional (where researchers manipulate the diet to determine the effect of a food or nutrient). . It is important that these studies are carried out using standardized protocols on certain groups of people, not only already affected by the disease,

It is essential to underline that functional foods are neither drugs nor supplements and that their consumption, even if able to make a concrete contribution to health, must not disregard a healthy lifestyle accompanied by constant physical activity, bearing in mind their value. Diet, the quantity and frequency of consumption, the possible interaction with other foods and drugs, the impact on metabolism and allergy risks.

Although the concept of functional foods was introduced about 30 years ago, critical aspects still remain, such as the large gap in European legislation, the protection of consumers from false or misleading information that can lead them to make wrong choices and the lack of correct information. Is simple. First of all, no specific legislation has yet been developed in this regard, which recognizes functional foods as a food category definitively in its own right. Consequently, whenever the European Commission and the European Food Safety Authority (EFSA) find themselves having to regulate the entry into the market of potential functional foods, a long and expensive work of evaluating, choosing and interpreting the right guidelines is necessary. Guide to follow and the correct rules to apply...

We have always been aware that our health is strongly conditioned by the food choices we make, in the same way the production of food we decide to consume in turn conditions the quality of the environment that surrounds us 5. According to United Nations estimates that foresee a world population of 9 billion in 2050, food production will have to be almost doubled to support the increase in food consumption which will go from a world calorie consumption of 2,772 Kcal / day per person (18 trillion Kcal total) of 2006 to about 3.070 Kcal / day per person (28 trillion Kcal; 3.500 Kcal / day per person in industrialized countries).

The increase in wealth in industrialized countries has led to a greater demand for meat, dairy products and eggs. Growing global demand for animal protein is putting our planet's already limited resources, such as oceans, agricultural land and drinking water, into trouble. About 75% of the agricultural area and 80% of the available water on Earth is annually exploited to produce poultry, cattle, sheep and aquaculture products, which represent about 50% of world fish production.

It is estimated that worldwide, by 2050, the quantity of animal products required will reach 465 million tons, inevitably leading to greater emissions of greenhouse gases, among those responsible for climate change, deforestation caused by intensive grazing and a general environmental degradation, a direct consequence of the disposal of manure and other pollutants. Greenhouse gases from livestock production, including transport and food, account for 18% of global man-made emissions. Methane, which is produced by the enteric fermentations of animals, corresponds to 35-40% of emissions.

The environmental impact of food changes significantly with respect to the data of the "ecological pyramid", if evaluated on the basis of recommended consumption, as evidenced by the "environmental hourglass" obtained by multiplying the environmental impact of food by the weekly quantities suggested by the Italian national guidelines for a healthy and balanced diet. From the analysis of the data it can be seen that the impact of 14 weekly portions of meat, eggs, fish, legumes and cured meats is 5.9 kg CO 2 eq and that of 24 weekly portions of milk, yogurt and cheese (5.6 kg CO 2 eq) is comparable to that of 35 weekly portions of fruit and vegetables (5.6 kg CO 2 eq) and 51 weekly portions of bread, pasta, rice, biscuits and potatoes (4.2 kg CO 2eq). This evidence is also confirmed by the work carried out by the University of Parma, where it is shown that a vegan and lacto-ovo-vegetarian diet have a significantly lower total impact than an omnivorous diet 7 .

The analysis of these data suggests that it is essential to evaluate the environmental impact of food in association with the nutritional and functional value, evaluating for each situation the costs and benefits of the environmental impact / health value ratio in order to suggest dietary regimes (recommended and frequency) capable of protecting human health and that of the planet.

It is necessary to develop a comprehensive approach that allows to better evaluate metabolic, nutritional and environmental parameters capable of providing information on the impact of the diet at various levels. Considering these elements together would provide a more complete and innovative picture, as the state of health is related to a correct lifestyle and this not only helps to prevent the onset of degenerative diseases but also to limit the environmental costs of resources. This new vision could allow the development of ad hoc studies, for example by stratifying the subjects on the basis of their environmental impact to understand which are the food groups that impact the environment the most and how this impact is related to nutritional or metabolic markers, increasing the understanding of the relationships between the environmental cost and the state health based on the type of food choices.

Sustainable nutrition for the health of man and the planet