The week of Feb. 10 is a busy one, with 10 series making their season or series debuts on Sunday alone. 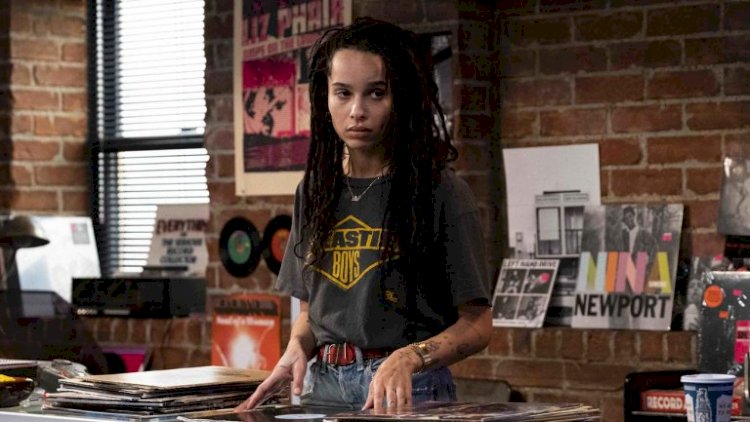 The annual gauntlet of awards shows and NFL postseason games that dominate Sundays in the early part of the year ends earlier than usual with the Oscars airing Feb. 9. Sunday, Feb. 16, will find no fewer than 10 shows making their season, series or time-period premieres to try to fill the void.

The rest of the week of Feb. 10 is a busy one too, with a dozen or so other shows debuting or returning. It's among the busiest weeks of the year so far.

Here is The Hollywood Reporter's rundown of some of the coming week's highlights. It would be next to impossible to watch everything, but let THR point the way to worthy options each week. All times are ET/PT unless noted.

Hulu's first original of 2020, High Fidelity is based on the Nick Hornby novel-turned-2000 John Cusack movie and keeps the record-store setting and romantic self-examination of lead character Rob Gordon intact. There's one big change from the source material, though: Rob is a woman, played by Zoe Kravitz.

Does it work? THR critic Inkoo Kang says Kravitz gives a "proficient" lead performance, but a lot of the show around her fumbles in its execution — though there are two episodes that move away from the book and movie and provide glimpses of a stronger series. All 10 half-hour episodes debut Friday on Hulu.

New: Docuseries Visible: Out on Television (Friday, Apple TV+) shows how TV has both shaped and reflected the LGBTQ movement. YA drama Utopia Falls (Friday, Hulu) combines hip-hop, sci-fi and The Hunger Games.

Live: ABC's The Conners will air its first-ever live episode on the night of the New Hampshire primary — with ABC News coverage of the election woven into the episode that finds Mark (Ames McNamara) watching election returns for a school project. The cast will perform twice, at 8 p.m. ET and 8 p.m. PT.

New: For Life (10 p.m. Tuesday, ABC) tells the story of a wrongly imprisoned man (Nicholas Pinnock) who becomes a lawyer while serving time and tries cases for other inmates while trying to overturn his own conviction. Animated comedy Duncanville (8:30 p.m. Sunday, Feb. 16, Fox) stars co-creator Amy Poehler as an extremely average teenage boy with a rich fantasy life.

Returning: The 40th edition of Survivor (8 p.m. Wednesday, CBS) is subtitled Winners at War and features 20 past champions vying to be the last one standing. Musical dramedy Zoey's Extraordinary Playlist settles into its regular home at 9 p.m. Sunday, Feb. 16, on NBC — six weeks after its pilot aired — followed by the third-season premiere of Good Girls at 10 p.m.

Returning: After a 13-month hiatus, Outlander opens its fifth season on Starz at 8 p.m. Sunday, Feb. 16. After sailing to North America in season four, Claire (Caitriona Balfe) and Jamie (Sam Heughan) find themselves at the dawn of the American Revolution — and Jamie seemingly urging Claire to return to her own time to remain safe.

Also new: Epix debuts two new series on Feb. 16: War of the Worlds (9 p.m.) is a contemporary take on the classic H.G. Wells story. Slow Burn (10 p.m.), based on the Slate podcast of the same name, takes a deep dive into Watergate.

In case you missed it …

Mythic Quest: Raven's Banquetis set at a videogame company, and it comes from It's Always Sunny in Philadelphia veterans Rob McElhenney (who also stars), Charlie Day and Megan Ganz. So yes, there are a good number of man-child characters — but also a breakout performance from Charlotte Nicdao and a promising run at the end of the season, says THR critic Daniel Fienberg, that bodes well for the already-ordered second season. All nine episodes are on Apple TV+.