The president spent weeks debating the contours of his victory lap. Then a last-minute curve ball stained the moment. 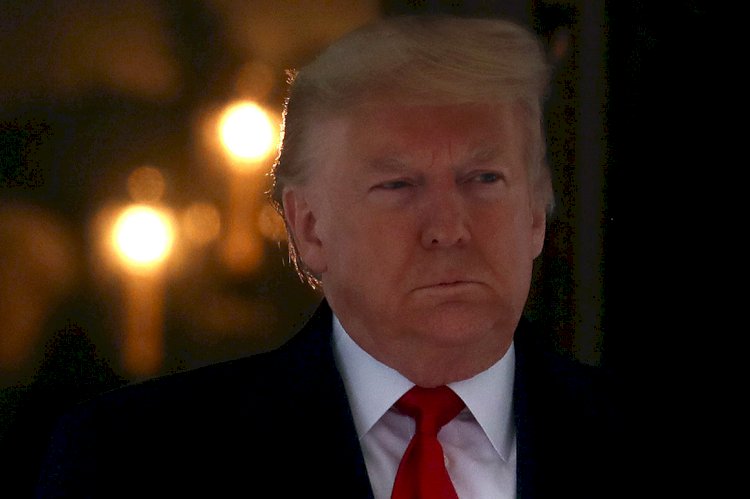 He was itching for a liberating victory lap. Instead he got an unwelcome surprise.

President Donald Trump’s long-anticipated impeachment acquittal delivered a last-minute twist that robbed him of a long-sought talking point: absolute Republican unity in the face of Democrats trying to usurp the presidency.

White House aides and allies were caught off-guard mid-afternoon when Republican Sen. Mitt Romney announced he would vote alongside Democrats to find the president guilty on one charge against him. The entire House Republican caucus had stood firm in support of Trump — even lawmakers in swing districts who knew it could threaten their reelection — and Romney’s move stained the moment.

It was an unsatisfying end for Trump after months of wrangling over impeachment and years of fighting over the Russia investigation. And it was an asterisk his legal team hoped to look past.

Trump himself had wavered for weeks about how to handle the end of his trial. Just hours before the Senate formally voted to acquit the president, he still hadn’t made up his mind about how he intended to celebrate.

He had been going back and forth with aides on the timing and format of a post-acquittal statement. Should he deliver a rare Oval Office address, or emerge from the White House to speak in the Rose Garden? Coming off an effective and forward-looking State of the Union address, should he just stay quiet and let the acquittal speak for itself? Should he use his remarks to thank the Republican senators who acquitted him, or deliver a speech letting his opponents know he managed to escape their investigations yet again?

White House aides also were divided about the best path — as is often the case. By Wednesday afternoon, aides indicated that they expected the president to make a decision about the nature and tone of his response once he saw how senators voted.

Trump spent Wednesday at the White House, surrounded by his legal and communications team and West Wing staff. He ate lunch with the secretary of defense and then met with Juan Guaidó, the Venezuelan opposition leader and a guest of the administration at the State of the Union.

Trump watched the final vote in the private dining room off the Oval Office with some of his top aides, a senior administration official said. By 5 p.m., the Senate had voted to acquit Trump.

Trump’s immediate response was unusually restrained: He intended to speak about the impeachment “hoax” on Thursday at noon, buying the White House more time to plan his remarks.

One White House official said Trump wanted to “put an exclamation point” on what happened regardless of the form that took Thursday.

Another senior administration official said Trump had given lots of thought to his potential remarks after the acquittal vote and hoped it would be a “re-setting of how to best engage with him,” the official said. “Once again, just like Mueller, we’ve gotten past one of the biggest tools the constitution has to remove a president and the president has the ability to speak to this moment.”

Trump allies were quick to cast Romney’s vote as outside of the norms of the Republican Party, or the byproduct of long-standing feud between the president and the 2012 Republican nominee for president who Trump once considered for a Cabinet post.

The president’s son, Donald Trump Jr., went after Romney on Twitter, and one of Trump’s oldest friends, former New Jersey Gov. Chris Christie, said on Twitter that Romney and the president “have a long and complex relationship. This feels personal to me.”

Talking points circulated by the White House on Wednesday referred to the Senate trial as a “shampeachment” that would leave a “stain” on Democrats. “Simply put, House Democrats wanted to overturn the results of the 2016 election and put a stop to the President’s re-election in 2020,” said the messaging distributed to Trump allies.

A handful of moderate senators including Democratic Sen. Joe Manchin of West Virginia also voted to convict the president. White House aides had viewed Manchin in particular as a potential malleable ally. One official told POLITICO earlier in the day that while Romney’s vote caused some worry with moderates, Manchin “could come in for the win.”

Manchin and other Democrats did not, and the final impeachment vote was bipartisan – only not in the way the White House had hoped.

Vice President Mike Pence and National Security Adviser Robert O’Brien, among many others, had predicted a bipartisan acquittal. Aides in the Trump White House and campaign were left to reuse their old messaging.

“In what has now become a consistent tradition for Democrats, this was yet another witch-hunt that deprived the President of his due process rights and was based on a series of lies. Rep. Adam Schiff lied to Congress and the American people with a totally made up statement about the President’s phone call. Will there be no retribution?” Grisham said. “President Trump has been totally vindicated and it’s now time to get back to the business of the American people,” said the Trump 2020 campaign manager, Brad Parscale, in a statement.

“The do-nothing Democrats know they can’t beat him, so they had to impeach him,” he added. “This terrible ordeal was always a campaign tactic to invalidate the 2016 votes of 63 million Americans and was a transparent effort to interfere with the 2020 election only nine months away. And since the President’s campaign only got bigger and stronger as a result of this nonsense, this impeachment hoax will go down as the worst miscalculation in American political history,” he added.