Shelton's failure to win confirmation would be Trump's fifth Fed pick to go down. 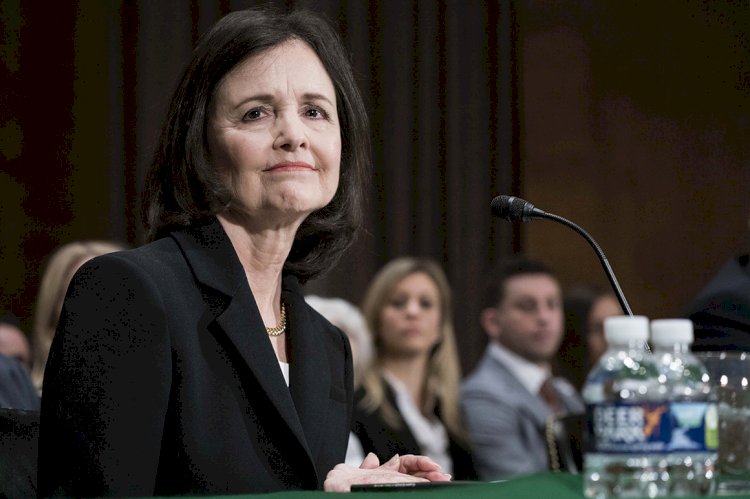 President Donald Trump's latest nominee for the Federal Reserve ran into a wall of skepticism Thursday from his Republican allies on the Senate Banking Committee, putting her candidacy for the central bank’s board in danger.

At a hearing described as "very aggressive" by the committee chairman, Judy Shelton faced tough questioning from Republican Sens. Pat Toomey (Pa.), Richard Shelby (Ala.) and John Kennedy (La.), as well as Democrats, about her unorthodox views, inconsistent positions and commitment to Fed independence.

A single GOP vote on the committee against her could sink the nomination, although Senate Majority Leader Mitch McConnell could bring her up for a vote even if she isn’t approved by the panel.

Shelton's failure to win confirmation would be Trump's fifth Fed pick to go down, frustrating a president who has relentlessly pressured the central bank for more than a year to cut interest rates to boost the economy.

“I’m troubled by some of your writings,” Shelby, a senior member of the committee, told Shelton.

Toomey in particular pressed Shelton on her statements last year suggesting that the Fed should devalue the dollar in response to currency manipulation by other countries, to ensure that U.S. exports can remain competitive. He argued that the Fed should be focused only on its congressional mandates: stable prices and maximum employment.

“The only rational conclusion one can come to from reading what you have written and what you have said is that you believe the Fed should actively seek to devalue our currency if other countries are doing that,” Toomey said. “And I think that’s a very, very dangerous path to go down.”

“This beggar thy neighbor mutual currency devaluation is not in our interest,” he added. “And it is not in the mandate of the Fed to pursue it.”

Shelton countered that currency manipulation by other countries could have an impact on employment and prices.

“It would be anathema to me to suggest we devalue our money to gain a trade advantage,” she said. “What I’m saying is within the context of the framework for deciding monetary policy, we also have to look at the impact on employment and on stable prices. If other central banks engage in those unfair practices, it can impact employment, especially our manufacturers who have to compete.”

Toomey spokesperson Steve Kelly said the exchange “didn’t alleviate any of his concerns” but the senator has not yet made up his mind.

Shelby, after the hearing, similarly described himself as “concerned” about Shelton’s candidacy, saying that her policy positions have historically not been “mainstream.” His questions focused in particular on her past support for tying the value of the dollar to gold.

“She could’ve learned, but we’ll see,” he said.

Asked by Shelby how she would work with other members of the Fed board, Shelton said she has “great respect for their capabilities and for their judgment.”

“I would bring my own perspective, but I think the intellectual diversity strengthens the discussion and would be welcomed, so that’s what I would hope to bring,” she added.

The White House on Thursday said it continues to stand by the nominations of Shelton and her fellow Fed nominee, Christopher Waller, who is not expected to face any trouble getting confirmed.

“Both were in front of the Banking Committee today and the White House expects both to be confirmed by the Senate to the Federal Reserve,” White House spokesperson Judd Deere said.

Kennedy asked how Shelton would respond to a recession. She noted that the Fed has less firepower because interest rates are already relatively close to zero.

She said she is “averse” to the idea of negative interest rates — a policy now regularly advocated by Trump — and that she would only “very reluctantly” engage in large-scale purchases of Treasury bonds, an economy-boosting measure known as “quantitative easing.”

Shelton also said she would be reluctant to call on Congress to increase deficit spending to help spark the economy and would only do so under particular circumstances.

Shelton received a chilly reception from Democrats, who blasted her over her shifting views since Trump nominated her and are now in line with Trump’s calls for lower interest rates. Sen. Doug Jones, a red-state Democrat from Alabama, said he could not support her. “I don’t see after the hearing today how I can,” he said.

The nominee did please Senate Banking Chairman Mike Crapo (R-Idaho), who told reporters that he aimed to set a committee vote on her nomination “expeditiously.”

“We all knew that this was going to be a very aggressive hearing today,” Crapo said at the end. “I think you have been very solid in explaining and defending your writings and your positions.”

How to Increase website Conversion Rate? 14 Tips to Blow Up Your Metrics!

The Equipment You Actually Need to Take Product Photos For Your Online...