The white mulberry is little known, but it contains many beneficial properties and is also an excellent ingredient for making tasty recipes. It is one of the most used plants in traditional Chinese medicine, already known in ancient times for its antibacterial properties. 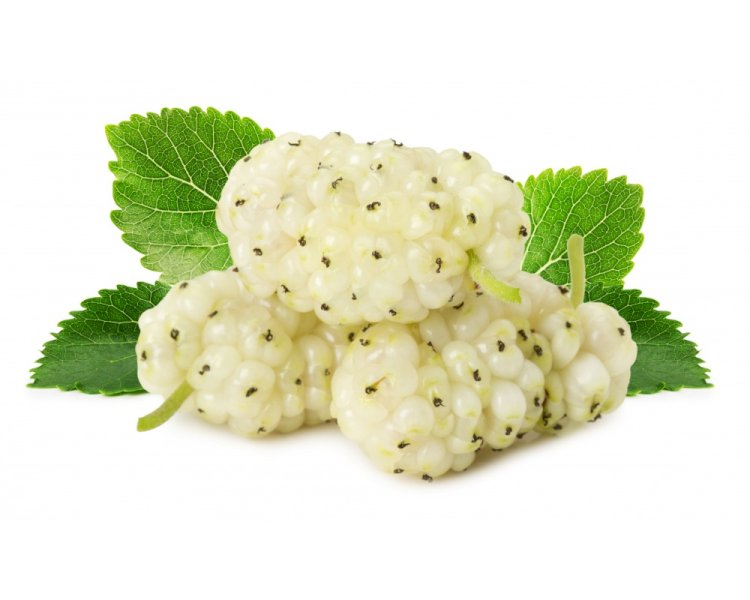 Let's find out its characteristics, the uses that can be made of it and its potential benefits.

Known since ancient times, the mulberry plant has numerous beneficial properties; it is no coincidence that it is often used in traditional Chinese medicine.

Belonging to the Moraceae family, and coming from China, there are about 15 varieties. Among the most widespread, and cultivated in Italy, we remember:

Which are distinguished by the color of their fruits. In this article we will deal specifically with the white variant.

Originally from East Asia (Marco Polo already spoke of it in his stories), it has been a stable presence in Europe for several centuries. In fact, the western peoples originally knew only the black mulberry; the white one was then introduced in our continent towards the XII century, used above all for the breeding of the silkworm.

Its presence in Italy is documented starting from 1434.

Today, in our country it is present a little everywhere: it is grown in the sub-Mediterranean area but it grows spontaneously almost everywhere, even in the rows and hedges.

Made up of small white-pink drupes, it is sweet even before maturity (which occurs towards the end of June).

Always considered laxatives and antibacterials, especially against the bacteria responsible for dental caries, the fruits of the white mulberry are also excellent in the kitchen. Fresh or dried, they are suitable for enriching various preparations.

In the different Italian regions this fruit is called in many different ways. In the south one hears “ceusa”, “ceuse”, “ceusu” or other similar variations; to the north “mora morajola” in Tuscany, “morer” in the Treviso area, “mur” in Lombardy, “mor” in Emilia.

100 grams of white mulberry fruits provide just 43 calories, of which:

There are also numerous beneficial substances, such as:

Thanks to the substances and nutrients contained, the white mulberry has numerous beneficial properties. Let's see them in detail:

Certainly, one of its most important properties is its antioxidant, which prevents aging and helps prevent cancer.

As a hypoglycemic agent, it is an excellent ally for people with type 2 diabetes as it regulates blood sugar levels.

Very effective in case of inflammation of the oral cavity, it is also an excellent expectorant in case of cough, it has a positive effect on cholesterol and as a soothing for the skin.

The presence of fibers regulates intestinal function and purifies blood and liver.

Given its many properties, let's see how to take white mulberry in order to benefit from it to the fullest.

Thanks to the presence of vitamins such as A , C , E , K , and many minerals, such as iron, calcium, sodium, magnesium , potassium , zinc and selenium , the white mulberry is an excellent natural supplement.

Of all its properties, the best known and most requested is certainly the hypoglycemic one. It is therefore no coincidence that on the market there are food supplements based on white mulberry sold as a remedy for controlling sugar metabolism.

A study by the Guangdong School of Pharmacy (China) has shown that the active polysaccharides of these fruits can be effective against type 2 diabetes mellitus.

The intake of the two polysaccharides (MFP50 and MFP90) on non-human subjects, in fact, showed a lowering of blood glucose and also demonstrated the ability to repair damaged tissues of the pancreas.

Modern herbal medicine considers infusions based on white mulberry leaves to be very effective against diabetes.

The infusion is obtained by boiling half a liter of water and letting a handful of chopped leaves rest for about ten minutes. Take a cup before main meals.

This infusion is also indicated in case of diarrhea and high blood pressure.

Low-calorie, white mulberry is an excellent ally for those who want to lose a few pounds.

First of all, mulberry fruits contain important ingredients capable of reducing the process of transforming carbohydrates into sugar and consequently the production of adipose tissue.

The pectin and the tannins it contains also improve intestinal peristalsis.

The best way to consume this fruit for slimming purposes is in the form of tea or white mulberry infusion .

There are no particular contraindications.

Its use is not recommended in case of known allergies, intolerance or hypersensitivity towards one or more components of the plant, and in case of taking hypoglycemic drugs. However, always consult your doctor before consuming mulberry-based preparations.

Fresh they are used to prepare slushes, sorbets, jams, ice creams or creams.

Dried, they are also tasty to munch on their own, as a simple snack, or to add to smoothies and doughs for cakes and biscuits, to give a special note.

Finally, both types are perfect additions to yogurt, muesli and cereals for an excellent breakfast.

What is the quality of life in the workplace and how can it be achieved?